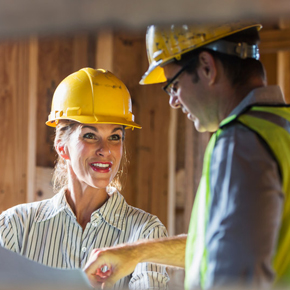 The number of women embarking on a career in construction is at an all-time high and, according to new research, they are expected to account for a quarter of the workforce by 2020. 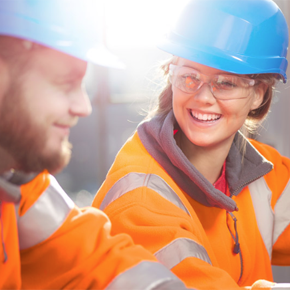 Women have also experienced a 6% pay increase per year since 2005 and the numbers in senior management roles have risen from 6% to 16% in a decade, thanks to a change in attitude in the industry and a number of high profile national campaigns aimed at dispelling outdated stereotypes.

Currently 20% of the workforce is female and this is expected to rise to 26% in the next four years, according to Randstad CPE’s latest Women in Construction Report.

The UK needs an extra 300,000 homes a year to keep up with population growth but already there is an emerging skills shortage, according to 82% of those asked. Another 72% say there is simply more work than skilled workers currently available to do it.

With an extra million workers needed to keep pace with demand, women could therefore end up being as much as 50% of this new workforce.

Upon reflecting on the results, Owen Goodhead, Randstad’s Construction, Property and Engineering MD, said: “The increase in women in construction can only be a good thing for the industry.

“As we continue to move out of recession the opportunities for growth in the sector are greater than ever before, both with large-scale infrastructure projects and a booming housing sector.

“There is a growing skills crisis but women are perfectly placed to help plug any shortages. They bring with them a diverse set of skills and talent which is of immense benefit to the construction industry as a whole.”

Employers beginning to change their attitudes to women in construction

In 2005 an overwhelming 79% said their employer was doing nothing special to attract or promote women, a decade on this figure has dropped to just 29%, indicating a positive change in workplace culture. Almost half of women also now describe their employer as either “extremely” or “very” supportive of female construction workers.

However, 34% said there was still a “glass ceiling” for women and the number of those experiencing some form of prejudice has grown from 66% to 74%. Inappropriate comments from male colleagues was the top form of discrimination and many reported being excluded from conversations at social and networking events. Just under a third said they had been offered a less important role and a quarter said they had been passed over for promotion. Overall, the number of women leaving the industry as a result of discrimination is 11%.

Mr Goodhead sad: “There is still work that needs to be done to eradicate outdated attitudes which have no place in a 21st Century workplace but employers are working hard on this, launching positive recruitment campaigns and listening to what their female staff has to say.

“Given that 76% of women would still recommend a job in construction to a female friend or family member and an overwhelming 94% believe they have got where they are through hard work and talent rather than any gender bias, the industry is moving in the right direction.”

However, the perception of a pay gap still exists with 41% believing men are paid more. Significantly, 79% of men believe they are paid equally and 42% of workers believe there will come a time when men and women are paid the same.

The industry also needs to focus on making itself more attractive. Despite offering competitive salaries, good benefits and an interesting and rewarding career, 43% of women cited a lack of awareness as the main reason not to go into construction, alongside lack of suitable role models (42%) and an industry still perceived as “macho” (41%).

Lack of flexibility or part-time working was also one of the top factors in women either leaving the industry or being unable to return to it.

Mr Goodhead said: “It makes sound financial sense for construction companies to look at what they can offer their female staff because the figures show the cost-per-hire at companies with a good brand and good attractiveness is 46% lower than those without.

“Recruitment and retention is better in companies with greater flexibility, which in turn makes for a more productive, stable and happier workforce.”