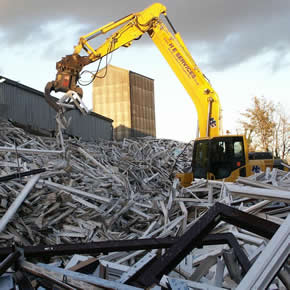 Recovinyl educates on the benefits of waste window recycling

Recovinyl is encouraging PVC window companies and waste management firms to save money by donating their waste windows to the scheme for recycling.

PVC can be recycled up to seven times, without any loss of performance: it can be reused in an assortment of different products, including new window frames.

The UK boasts a network of 16 Recovinyl-certified window recyclers. Constantly seeking more frames, most of these provide a nationwide collection service.

As an operational arm of VinylPlus, the European PVC industry’s sustainable development programme, Recovinyl aims to tackle the sustainability challenges for PVC.

Last year, over 107,000 tonnes of waste PVC was collected and recycled in the UK via the scheme. 61,866 tonnes of this were PVC-U frames, making up for more than half of the overall total.

Since Recovinyl was launched 11 years ago, more than 600,000 tonnes of PVC has been recycled in the UK via the scheme. The success of Recovinyl can be attributed to the glazing, construction and waste management sectors, which have demonstrated commitment to introducing greater environmental practices over the last few years.