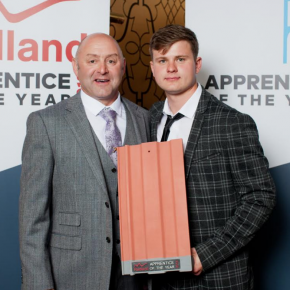 Redland and Icopal win big at Apprentice of the Year awards

Apprentices Jay Webster and Kieran Forster have been crowned Redland and Icopal Apprentices of the Year 2018 following two days of intense scrutiny from a panel of industry-leading figures. 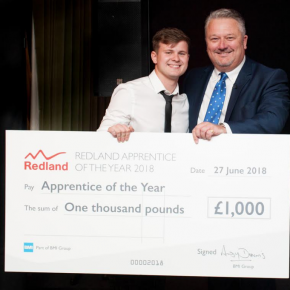 The winners were awarded £1,000 cash prize to invest in their future, a handsome trophy, and a goody bag of high-quality roofing tools and materials. In addition, the pair are also entitled to support from the two industry brand leaders at BMI’s National Training Centre.

Two full days of presentations and assignments saw the finalists tested on every facet of running their own roofing business – including business planning, presentation skills, and technical skills. Each finalist also made an individual presentation to the judges at the end of the competition, with five minutes describing their motivation and future objectives in roofing.

A highly commended award was also given for each category, with Tom Thompson winning on the Redland side, and Joe Burgess for Icopal.

Speaking just after the prize-giving (June 27th), Redland Apprentice of the Year Jay Webster, who attends Leeds College of Building and works for Yorkshire Heritage Roofing; said: “Words can’t really describe how I feel and I still can’t believe it to be honest. I became more confident as the competition went on but to actually win it, tells me I’m better than I thought I was”. 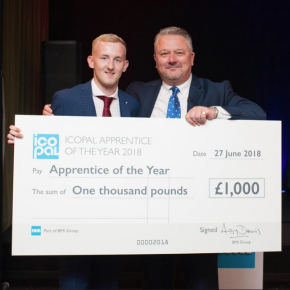 The Icopal Apprentice of the Year Kieran Forster, an attendee at Newcastle College and employed by Stanley-based Hodgson Sayers; admitted it all came as a bit of a surprise: “Pure shock when I heard my name announced and I’m still in shock. I can’t believe it’s actually happened. There were guys there with more experience than me so to win it is simply amazing!”

One of the judges, Gary Walpole, Health and Safety Officer at the National Federation of Roofing Contractors (NFRC), was hugely impressed at what he saw: “The contestants have been taken out of their comfort zone by being forced to tackle ‘soft’ skills rather than the physical side of their trade. What has impressed me so much is how they have all grown in confidence, have really focused on the job in hand and achieved things they probably thought were beyond them prior to the competition”.