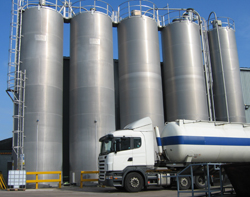 Almost 70% of UK consumers are now more likely to buy a product from a company with a low carbon footprint, such as Swish Building Products

For 2014, Swish’s carbon emissions from its manufacturing processes were down by 6.5% per tonne on 2013.

Its electricity consumption was also down by 5.8%.

Last year, the company used more gas due to its increase in manufacturing.

Despite this, it still managed to be over 50% more efficient than in the previous year.

The company’s overall gas usage produces 40% less carbon emissions than in 2008, whilst its fuel efficiency has improved by almost 20% since then.

Swish has also made considerable savings in water; it is 62% more efficient than it was in 2008, having saved around 5,500,000 litres in water in the six year period.

The company intends to improve its fuel efficiencies further by investing in a fleet of Euro 6 compliant trucks this year.