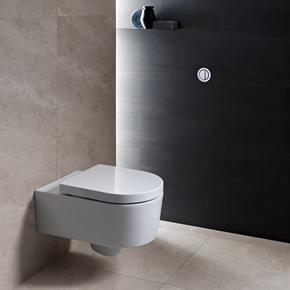 According to recent research, over half of Britain’s householders would separate their toilets from the flush. In response to this demand, Geberit has launched a series of remote flush buttons

The survey revealed that 30% of homeowners would prefer to the flush to be placed to the left or right of the WC, rather than directly behind it. Many suggested that sitting the button behind the bathroom door would be more desirable, as it would allow them to flush the toilet on their way out.

Geberit’s Type01 and Type10 flush buttons were developed to give consumers this freedom. 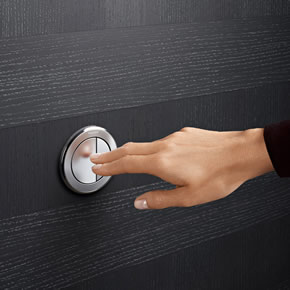 Available for tiled and furniture installations, the buttons can be placed up to 1.7m away from the cistern. They are compatible with the company’s Sigma and Omega cisterns, and can be fitted into dry or solid walls.

The buttons are supplied with a complete installation set; a counter nut version, which allows installers to lock the pneumatic cylinder into place on the bathroom furniture, is also available.

To compliment the interior of any bathroom, the Type­01 flush buttons are available in three colours in both dual and single flush; there are also six different versions of the Type10 buttons.