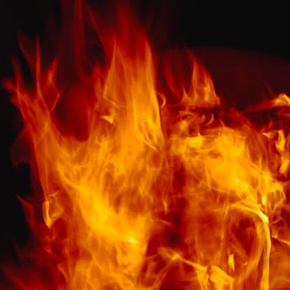 Seven out of ten UK businesses believe out-of-date UK Building Regulations protect against fire. The British Sprinkler Alliance believes that regulations urgently need an update as businesses up and down the country do not realise they are not fit for purpose…

UK businesses are greatly underestimating the potential risk of fire as they believe they are protected by current UK Building Regulations, new findings reveal.

The research, carried out by YouGov for the Business Sprinkler Alliance (BSA), found that nearly seven out of ten (69%) businesses are unaware that Building Regulations in the UK do not adequately prevent and protect against the devastating risk of fire, which remains the biggest threat to UK businesses.

According to the Association of British Insurers (ABI), 2015 saw commercial fire claims approaching £800m while the average insurance pay outs for around 30,000 fires in commercial buildings have now broken the £25,000 barrier, and commercial fires account for the largest proportion of all commercial claims by cost.

Previous research with the BRE and the Cebr found that, from warehouse fires alone, businesses lose over £230m annually, in addition to nearly 1,000 jobs.

Iain Cox, Chair of the BSA said: “Our research has revealed a worrying lack of awareness of the risks and potential impact of fire to businesses in the UK.

We know that businesses are not adequately protected by current Building Regulations in the UK. Coupled with the fact that many medium and large businesses do not understand the potential risk of fire, it makes for a worrying trend.

While businesses need better education on the limits of Building Regulations, the Business Sprinkler Alliance believes that compliance with the current regulations carries with it an unacceptable risk. Fires have an enormous impact on local economies, the environment and livelihoods around the UK and, as such, regulations should provide an acceptable minimum standard and afford an appropriate level of protection.”

UK regulations lag far behind European counterparts and sprinkler regulation is a critical component, with sprinklers helping to control and even extinguish fires before the emergency services arrive. 97% of fires in sprinkler-protected buildings are controlled or extinguished by the system on the premises.

The research also revealed a telling difference in the perceptions of those who have experienced fire and those that haven’t. Over one in ten (13%) of respondents from medium and large businesses who had experienced a fire were more likely to recognise the potential negative impact of a fire on the operation of their business.

The research follows recent calls by the Association of British Insurers (ABI) to update the regulations around fire sprinkler installation in commercial warehouses. The Business Sprinkler Alliance has long campaigned for regulatory change to support its aim to increase the acceptance and use of fire sprinklers in business premises and reduce the economic cost of fires to businesses and UK plc, in addition to the environmental impact on local communities.

Laura Hughes, policy adviser, general insurance, ABI said: “While the number of fires continues to fall, it is alarming that the average cost is rising sharply. Large warehouse fires disrupt homes, businesses and transport networks far too frequently and it is time UK regulations caught up with other parts of Europe.”