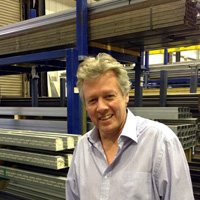 Before modern fire and building regulations, responsibility for the safety of a building and its occupants fell firmly on the shoulders of the building’s owner.

Since the Regulatory Reform (Fire Safety) Order 2005 however, responsibility has shifted across all UK jurisdictions, now requiring commercial premises to have a named ‘responsible person’ to ensure fire safety.

The ‘responsible person’ (or people, as there can be more than one) is tasked with various responsibilities and processes; including carrying out a fire risk assessment, planning for an emergency, staff training and carrying out regular fire drills.

Not only have these responsibilities been delegated to the responsible person, but as have the pressures and penalties that are attached should they fail their duty.

Safety inspectors from the fire services must be satisfied that the responsible person has discharged their responsibilities – regardless as to whether there has been an actual fire.

That’s not to say that a responsible person must be an expert in fire safety or face the wrath of government legislation; merely that he or she must appoint an person who is an expert, and assure their recommendations are understood, implemented, reviewed, and practiced.

In most circumstances, problem areas are identified, containment strategies are implemented, and passive and active solutions are met to counter every conceivable fire risk.

Wrightstyle believes the responsible person must look beyond fire safety regulation to consider all possible risks against a building’s occupants, structure, resources and continuing operations in a worst case scenario situation.

A robust fire risk assessment should therefore be about more than the practicalities of regulatory compliance.

Whilst thorough risk assessments will address issues such as the storage of flammable materials, most fires start from insignificant causes, such as a lit cigarette improperly disposed of.

No matter the cause, fire is spread through three methods: convection, conduction and radiation, of which convection is the most dangerous.

Convection is when smoke from the fire becomes trapped by roof, forming a deepening layer as it spreads.

Materials such as metal can absorb heat and transmit it to other rooms by conduction, causing new fires to break out and spread in a similar pattern.

Radiation transfers heat in the air, until it too sets off secondary fires, spreading the danger away from its original location.

Modern glazing systems can provide complete protection against convection, conduction and radiation – whether as curtain walling, or internal doors or fire screens – for up to two hours, giving more than enough time for a safe evacuation.

However, responsible people should also ensure that the fire glass and its framing systems have proved compatibility.

That means insisting on comprehensive fire test certification that covers both elements because, in a fire, the glass and its frame have to function together to prevent the spread of fire, smoke or toxic gases.

If one fails, both fail, with potentially catastrophic consequences.