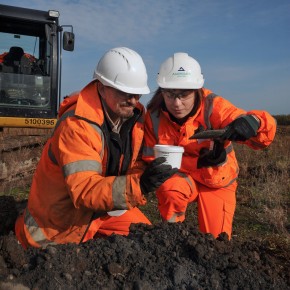 Despite major pay increases for some tradespeople, Aggregate Industries say more needs to be done to attract new talent to the construction industry.

New reports shows some tradespeople in high-demand regions, such as London, are earning £156,000 (£6,000 more than the Prime Minister), with wages on a collective level having risen by as much as 10 per cent in the past 12 months.

Further research shows that pay is on the up because workers are in increasingly high demand, with 400,000 workers appearing to have to be recruited every year between now and 2021.

Head of L&D at Aggregate Industries, David Butterfield, believes that although pay increases will be attractive, more needs to be done to bring new blood into the construction industry.

“There is still an education task to be done in breaking through the misconceptions that construction work is for men only and, in a lot of cases, low-paid and low skilled,” he said.

“Firstly, with UK tuition fees now at an all-time high, the reality is that an apprenticeship is becoming a much attractive option than the degree path for school-leavers – especially when they take into account they may be able to earn a significant amount without the debt.

“Conversely, when it comes to women in construction, they not only have the potential to be highly paid but can also benefit from greater flexibility; enabling them to plan work around their family commitments rather than the other way round.”

As part of an ongoing commitment to nurturing new industry talent, Aggregate Industries operates an extensive apprenticeship programme designed to give young people an opportunity to learn new skills and practice them in a live environment, as a solid basis for career development.

Each year the business takes on a number of new apprentices who typically go on to enjoy fruitful careers in construction and engineering roles.

As part of this, Aggregate Industries continues to increase female intake for its graduate and higher apprenticeships schemes over recent years. As a result a quarter (25%) of all graduates taken on in 2015 and 2016 were female and a third (33%) of higher apprentices employed were female.