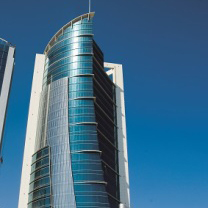 Reynaers’ Look Deeper campaign, encouraging the industry to look deeper into design aesthetics, innovation and performance, has been nominated for the Promotional Campaign of the Year – Trade Award at this year’s G15 Awards.

The Look Deeper campaign has been recognised for its creativity and effectiveness across a range of different media.

The campaign targets the commercial and domestic markets with different messages using the same style.

In support of the Look Deeper campaign, a wide-ranging survey of UK architects and a published White Paper observed the shifting boundary of architectural inspiration, as it moves to the Middle and Far East, from Abu Dhabi to Shandong.

Furthermore, the company held a competition for a break to Istanbul which awarded the winner a deeper look at the aesthetics of Eastern architecture.

The G15 Awards will be attended by a host of companies across the glass and glazing industry on November 27th at the London Hilton on Park Lane.

Reynaers’ Head of Marketing Hugh Moss said: “We are absolutely delighted to be finalists for Promotional Campaign of the Year – Trade at this year’s G15 awards.

“This comes at a very exciting time for Reynaers, as we have seen incredible growth this year and are also celebrating our 50th anniversary. It is fantastic to receive recognition for all the efforts of our hard-working team and are incredibly proud that our campaign has been recognised in this way by the judges.”

The company was the proud winner of ‘Promotional Campaign of the Year – Trade’ at last year’s awards for an advertising campaign aimed at architects.