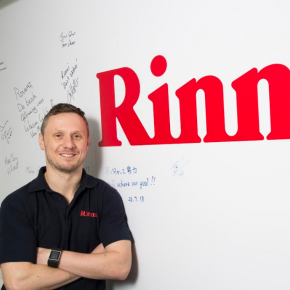 Rinnai: The Energy Question is now a ‘Trilemma’

Rinnai‘s Chris Goggin takes an in-depth look at the future of energy supply in the UK, with some of the likely outcomes and possible scenarios in response to the inevitability of changing consumer habits and behaviour, in the face of the urgent needs to conquer climate change.

“There is now a consensus that climate change must be halted now by a whole raft of changes to our behaviour and habits unless we wish to play chicken with irreversible global consequences.

Climate change affects all of us, unless, of course, you happen to be the 45th President of the USA, in which case you can carry on Twittering.

Or maybe he has a point? Are the claimed dire consequences overplayed and overstated for wider political purposes? Well, if you accept the logic that even fake news can be genuine sometimes then we need to look at the facts. The simple, accepted facts.

This article identifies the emerging theme of the ‘energy trilemma within the UK’ and critically discusses the three main tenets of the energy trilemma:

66% of energy used (officially verified figures) domestically in the UK is for heating, so both the UK heating industry and the UK government have a vested interest in preventing the potential impact of this macro-environmental theme.

There appears to be an urgent need for awareness campaigns that aim to change our perception and habits of using energy in the home environment.

These campaigns should be driven by the UK heating industry whilst calling for support from the UK government to assist in changing the energy consumption behaviours of consumers nationwide.

There is substantiated evidence from other areas of the globe that change can happen and take effect with the strategic response of social marketing in the form of ‘nudge’ based campaigns.

A key element of the energy trilemma is related to the security of energy supplies which is crucially important if the UK are to produce a substantial reduction in greenhouse gas emissions (Spataru et al, 2015).

This statement is supported by Macalister (2010) who states that ‘the UK will find itself on the brink of losing its energy self-sufficiency’.

The UK had previously been a major exporter of energy however, it is again a major importer of fossil fuels (Pollitt, 2017).

This reduction in fossil fuels is coupled with several of the existing coal and nuclear sites coming ‘off system’ in the coming decade (DECC, 2012).

This is leading to significant fears over the threat of the lights going off (Abdo & Kouhy, 2016, pp 20). This point is supported by (Spataru, et al 2015, pp 95) and the UK energy regulator has stated that the statistical probability of severe power black outs would increase.

The lack of energy sustainability coupled with a loss of energy security leads to the final element of the energy trilemma – affordability.

These anxieties stem from an increase in deaths during cold weather mainly due to poor insulation of UK housing stock, official statistics for the UK show every year a peak in the number of deaths during winter months that run to the tens of thousands (Office for National Statistics, 2014).

This presents the government with the issue noted by (Bolton & Foxon, 2015, pp 169) UK government is reluctant to let prices rise to a level required for new low carbon investment because of concerns over the impact on the affordability.

This policy hiatus is further enhancing the potential impact of the energy trilemma and presents significant potential to impact the UK heating industry as 66% of energy used domestically is used for heating and hot water (appendix.1.).

In the works of (Hamilton, 2005) on the impact of oil prices on the macro economy, he notes that a key mechanism whereby energy price shocks affect the economy is through disruption in consumer spending on goods and services other than energy (Hamilton, 2005, pp. 10).

This point is further supported by (Beranke et al, 1997) who discovers that an increase in energy prices slows economic growth through its effect on consumer spending.

This points to the need for educating the consumer base to change the normative behaviours as noted by (Wu & Chen, 2014, pp. 119) education of the consumer can lead to changes in consumption behaviour and the incorporation of green choices into his/her daily life.

To avoid the outcomes of the energy trilemma, the UK must transform its energy sector, this transformation is hindered by great uncertainty as to the central policy objectives and agendas which are driving UK governance (Bolton & Foxon, 2013).

Therefore, it appears that one of the most rational avenues of action be that the heating industry, supported by national government, undertake a program of social based ‘nudge’ campaigns to allay and reduce the impact of the energy trilemma by reducing long-term consumption.  It is pleasing to see such ‘nudge’ techniques happened with smart meters but more can be done.

‘Nudge’ techniques are described by (Thaler and Sunstein, 2008, pp.6) as actions that alter people’s behaviour in a predictable way without forbidding any options or significantly changing their economic incentives.

The UK government has failed with policy approaches that have sought to incentivise energy reductions in light of the issues stemming from the energy trilemma.

The heating industry, supported by national government, can utilise a social marketing agenda to reduce energy consumption and subsequent costs, through education and ‘nudging’.

The expertise of the industry and its knowledge of the consumer supported by government regulation and incentives could create the winning formula.

The key failings of the ‘green deal’ and other government approaches was its inability to truly understand the audience benefit. These benefits need to be elicited to tap into and satisfy the underlying motivation of groups as discussed by (Lefebrve, 2011, pp.58) and these benefits may not be health, a cleaner environment, access to services or even money.

This step change away from monetary incentives towards energy reduction programs could focus on audience benefit, with an educational approach to changing and evoking social norms related to energy consumption.

Sounds drastic? Many would argue that we are in drastic times requiring drastic measures. Or we just go on Twitttering…”