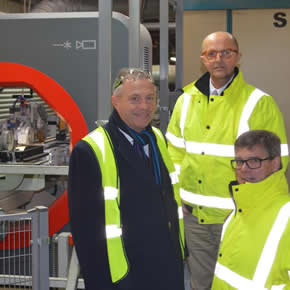 Prompted by John Brash, the government has issued a reminder to ensure that roofing industry professionals conform to current building regulations and evade fraudulent imports.

The Secretary of State for Communities and Local Government has stressed the importance of BS5534:2014, which makes it necessary for building work to be undertaken with adequate and appropriate materials.

If a building material is covered by a European standard, the requirements of the European Construction Products Regulation will apply. This regulation is enforced by Trading Standards, whilst building control bodies are responsible for checking compliance.

John Mann MP recently asked whether action was being taken to prevent the use of fraudulent roofing materials in the construction of new houses.

He raised the issue with the Secretary of State, following a visit to John Brash & Co. in Gainsborough. The roofing batten manufacturer, which has recently invested almost £1 million in technology to increase its production capabilities, confided in the MP, sharing its concerns about fraudulent foreign imports.

John Brash is concerned that these products will be used on the roofs of the houses that are currently being built as part of the government’s agenda to erect 300,000 new homes on British soil.

To tackle this, John Brash has distributed over 30,000 copies of a comprehensive guide to the standard. It will also continue to raise awareness of BS5534:2014 via its ‘Take it as Red’ campaign, which advocates the use of timber roofing batten that meets the new standard. Its own JB-Red is included in this.