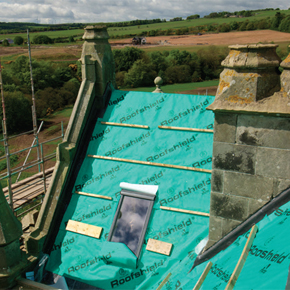 The A. Proctor Group’s Roofshield underlay has been specified by Comprehensive Design Architects for the redesign of Quartermile, a mixed-use 19th century development comprising office buildings, retail and leisure facilities, and apartments located at the former site of the Royal infirmary of Edinburgh.

Two Grade B listed former hospital buildings were also refurbished and converted into additional apartments as part of the project. 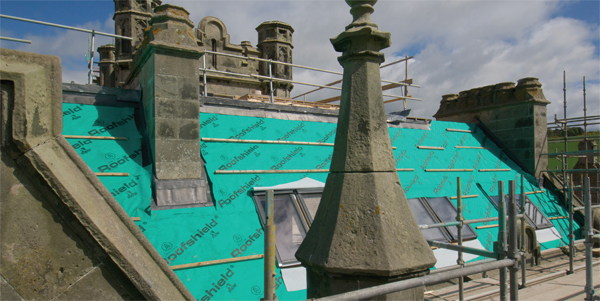 The process of listing identifies and protects buildings that are of special architectural and historic interest. It highlights special considerations that must be taken into account during the planning process of any further development.

Developed 20 years ago by the A. Proctor Group, Roofshield is an air and vapour permeable underlay designed to permit greater airflow than conventional ventilation to ensure that condensation problems are kept to a minimum no matter how complex the roof geometry. 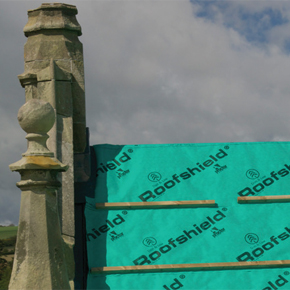 Roofshield has been successfully installed on a wide range of heritage building projects.

Roofshield features a patented SMS (Spunbond Meltblown Spunbond) structure that allows high levels of airflow and the movement of moisture vapour to prevent the formation of condensation in the roof space.

This was ideal for Quartermile due to the scale and complexity of its turreted roofs, along with its historic appearance within a UN World Heritage Site which made adding traditional ventilation to the roof undesirable due to its listed status.

The BBA-certified underlay has been used previously in a wide range of restoration and preservation projects in the past including Belfast City Hall, Derry Guildhall and Hamilton Hall – St Andrews.