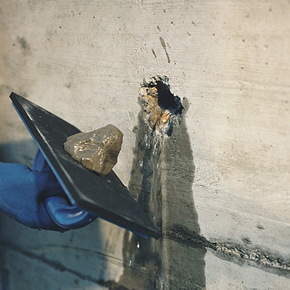 Safeguard Europe has launched its Vandex Plug, which has been designed to stop leaks and seepage through masonry, stone, earthenware and concrete.

The cementitious sealant can also be used as an installation mortar for fixings in wet areas.

Sample applications for the Vandex Plug include plugging leaks in clay pipes, caulking tunnel segment joints and installing steel elements in concrete or masonry. The system, which is suitable for underwater use, can be specified to install fixings in water structures requiring immediate use.

Offering protection against erosion, the Vandex Plug can also be used to protect elements affected by rain. 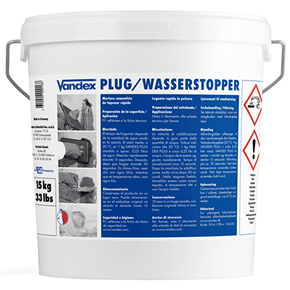 Before using the system, the substrates for application should be clean and free of any surface contamination, such as algae or salts. Leaks must be ‘cut out’ to leave an appropriate ‘chase’ for the plug.

Whilst setting time is dependent on the amount of mixing water used, standard value at 200C is 1kg of plug mortar to 0.25 litre of water. The plug must be added to the water and mixed quickly, for around 15 seconds: setting will then take place in approximately 30 seconds.

The Vandex Plug is available in re-sealable plastic tubs of 15kg.