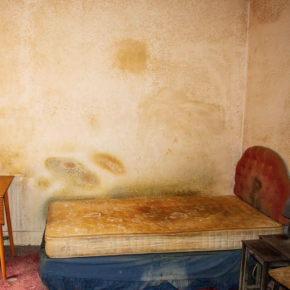 The Homes (Fitness for Human Habitation) Act 2018 – which came into force in March – potentially heralds a significant increase in tenant complaints against landlords whose properties fail to live up to ‘fitness’ standards according to new research from YouGov, commissioned by Safeguard Europe.

The findings of the YouGov poll, which can be read in full here, show that, in the light of the new legislation, 42% of renters are now more likely to complain about the condition of their homes.

The new 2018 Act supersedes the Landlord and Tenant Act 1985 so that tenants can take landlords to court if their homes are not fit to live in. Although this was theoretically possible previously, it only applied where rents were £52 a month or less (£80 or less in London).

The survey shows that not only do 71% of renters pay between £250 and £750 per month in rent; but also over half of them (51%) said that they had lived in homes with a damp problem.

Damp and mould is the largest cause of tenant dissatisfaction with properties and experienced by 51% of renters: a figure rising to 55% in the private sector.

Furthermore, 26% reported properties with little or no ventilation in areas of high humidity – a known factor in causing damp problems, especially those arising from condensation, in homes.

YouGov spoke to just over 1,200 tenants in private, local authority and housing association rented accommodation; and the survey showed that the problem cuts across employment, martial and parental status.

When considering working status, those employed full time are most likely to encounter damp – 61% – compared to the retired, who are least likely at 31%.

Among families, there is a strong correlation between the number of children and the incidence of damp, with 65% of those with three or more children having issues – unsurprisingly, perhaps, as washing, cooking and cleaning are major vectors of condensation and more associated with larger households.

One demoralising finding is the lack of change in the numbers of groups suffering from damp in the past few years. In an earlier survey – looking at how damp problems damaged house prices – it was found that 52% of tenants had lived with damp; whereas the figure today is 51%, suggesting an ongoing reluctance on the part of landlords to invest in remediation.

Whether tenants will be prepared to complain to landlords under the new rights conferred by Homes (Fitness for Human Habitation) Act 2018 remains to be seen: especially while ‘Section 21 evictions’ are possible.

These so-called ‘no fault’ evictions can take place at the end of tenancies, and this section of the Housing Act 1988 is claimed to enable revenge behaviours on the part of landlords confronted with tenants perceived as troublesome, even if only insisting upon accommodation being brought up to fit standards.

While there is a current proposal to amend the Act to scrap Section 21, the many tenants living in properties under Assured Shorthold Tenancies of six months see continuity of residency as important and those suffering with damp may be deterred from exercising their right to complain while the risk of eviction – rather than tenancy renewal – lingers.

Hudson Lambert, managing director of Safeguard Europe, commented of the findings: “Not only does the survey confirm our experience that damp is a massive problem in the tenanted sector; but also that little progress has been made in the past few years in bringing damp properties up to scratch”.

“Treating damp is not difficult, given the expertise and technologies existing today; and plenty of assistance is available to both landlords and tenants if they seek it.

“Plainly, the vast majority of landlords aren’t avoiding their responsibilities to provide decent accommodation; yet the mental and physical health impacts of damp, mould and condensation should not to be underestimated and there should be a greater degree of mindfulness about it.

“We only hope that the next time such a survey is conducted, we see a significant reduction in the numbers of people whose lives are blighted by these problems.”

Safeguard Europe’s range of market-leading, proven damp-proofing solutions is supported by the company’s own highly qualified and experienced staff.

The support and know-how they offer is extended to contractors, specifiers and property owners and includes technical advice, specification help, research and even in-house laboratory analysis of plaster and masonry.