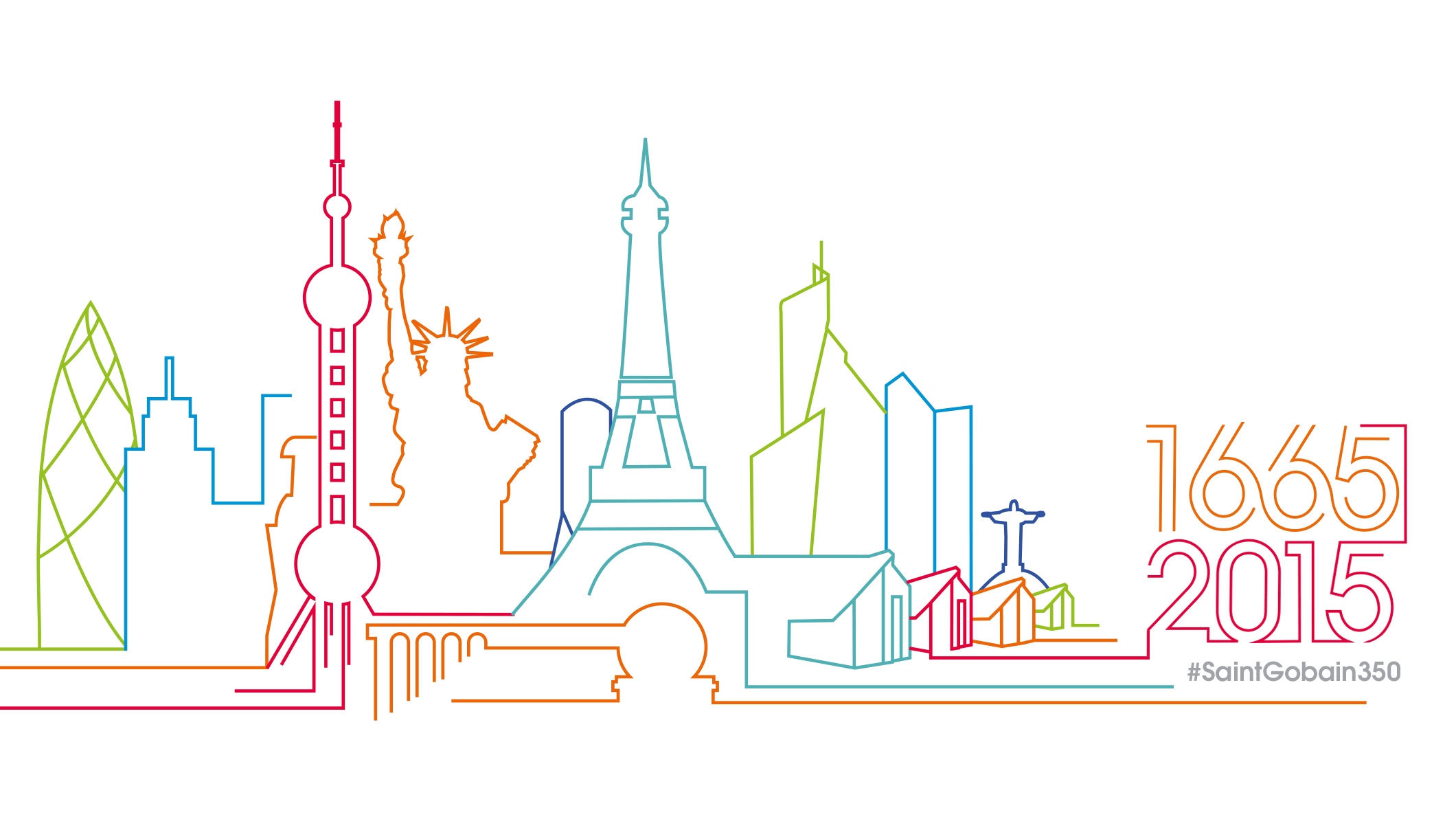 Saint-Gobain’s history dates back to 1665, when it was formed to produce glass on an industrial scale for the famous Hall of Mirrors at the Palace of Versailles, the royal palace of King Louis XIV of France.

It’s one of the oldest companies in the world and the longest standing member of the French stock market index CAC40 (Cotation Assistee en Continu).

350 reasons to believe in the future

Saint-Gobain begins its 350th anniversay year with 4 interactive, futuristic pavilions travelling around the world, giving an insight into the company’s 350 reasons to believe in the future.

Saint-Gobain celebrates in the UK

UK initiatives will bring to life Saint-Gobain’s contribution to key industry issues such as:

This is avery special milestone in the company’s history. As we reach our 350th year, we are reminded of the inventions that we have pioneered.

Innovation is at the very heart of Saint-Gobain, and gives us many reasons to believe in the future.

There is strength in our history, as it proves that we can continue to innovate, reinvent ourselves over time and meet the demands of an ever changing world.

Sustainable habitat is within our reach, and if we continue to innovate as we have throughout our rich history, habitat for everyone is achievable.

Our experience and achievements are the building blocks of a strong future, and so this year gives us a unique opportunity to celebrate our past and the optimism we have about our future through a wide range of events throughout 2015, peaking on our official anniversary date  Thursday, 15th October.

2015 will be a year packed full of events, initiatives and opportunities for everyone, bringing to life Saint-Gobain’s vision for the future.