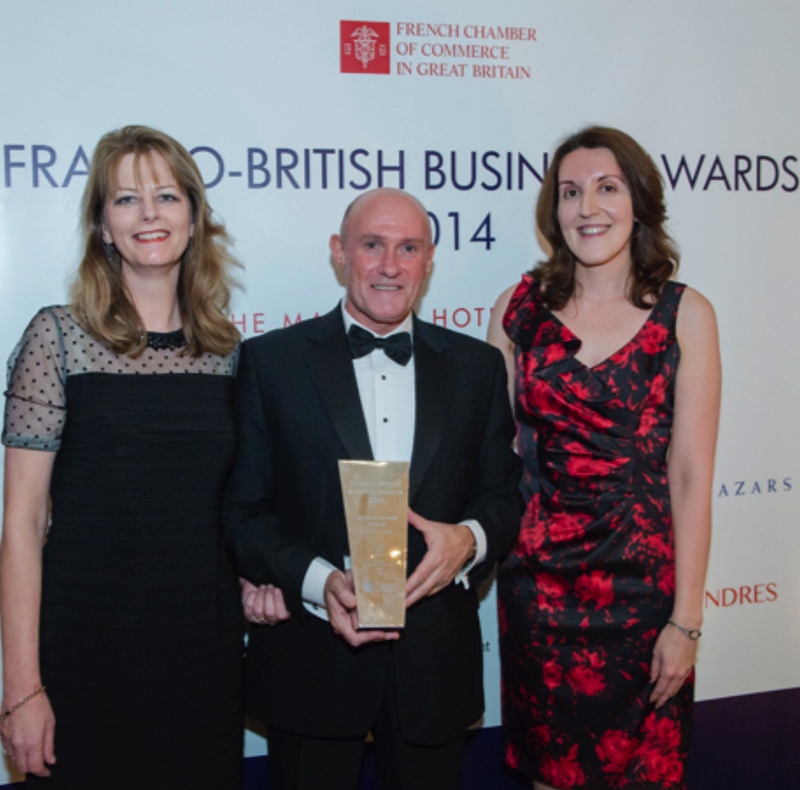 Saint-Gobain UK and Ireland, a leader in sustainable habitat and construction was awarded with the Large Corporate Award at the Franco-British Business Awards 2014.

Following an in-depth assessment and presentation in front of a distinguished panel of judges, Saint-Gobain was presented with the Large Corporate Award.

The Sunday Times’ Inward Investment Track 50 report 2014, which revealed Saint-Gobain as the 13th largest foreign employer in the UK.

Peter Hindle MBE, General Delegate for Saint-Gobain UK, Ireland and South Africa: As a French company approaching its 350th anniversary, Saint-Gobain in the UK and Ireland has greatly benefitted from 30 years of Franco-British business relations. I am pleased that Saint-Gobain has been recognised by the French Chamber of Commerce with this prestigious award, as it is a reflection of the ongoing progress we have made in a number of areas, including recognition of our Corporate Social Responsibility, something we are very proud of.

More about the Franco-British Business Awards