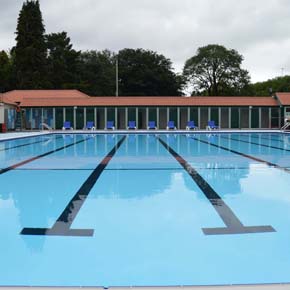 Sandtex Trade’s high performance Eggshell X-tra finish has been specified for the restoration of a Grade II listed lido in Pontypridd, South Wales.

Lido Ponty, the National Lido of Wales, opened to visitors this summer. The attraction carefully balances its past with the future by retaining the turnstiles and wooden cubicles of the original, whilst adding three heated pools, a sun terrace, visitor centre, function room and indoor and outdoor changing facilities.

Originally constructed in 1927, Lido Ponty was one of the most popular outdoor lidos in the UK. The development was funded through the Miners’ Welfare Fund – the local miners made a contribution from their wages towards its construction.

The National Lido of Wales

After many years acting as a hub of the local community, the lido fell into decline and closed in the 1990s. 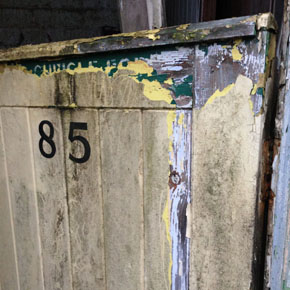 The wooden cubicles and turnstiles from the original development were retained.

However, ambitious plans were launched to restore the lido back to its former glory with funding from the European Regional Development Fund through the Welsh Government, £2.3m from the Heritage Lottery Fund, a £900,000 contribution from Rhondda Cynon Taf Council and a £100,000 donation from Cadw.

As part of the restoration, Sandtex Trade Eggshell X-tra was specified by Davies Sutton Architects for the use on the doors of the original cubicles as well as the facias and soffits to match the original shades of the 1920s.

Michael Davies, a director at Davies Sutton Architects, commented: “The basic principle of conservation is to repair first and replace second. So the main method was to see what was there, what had survived and what was serviceable, so we could retain as much of the historic fabric as possible.

Clearly there were historic elements which we couldn’t keep and had to replace, but the idea was to keep as much as we possibly could.”

As a lot of the buildings were comprised of cubicles, Davies Sutton had to survey and mark up every single timber element on the building to see which bits could be maintained.

He continued: “It clearly is an impressive project but a lot of that really is down to the fact that it is the original building and we can’t all take credit for that, just the elements restored and the new build elements.” 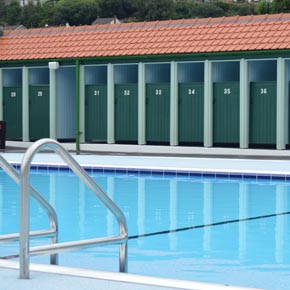 Three heated pools were added as part of the restoration.

The coating features added inhibitors to reduce UV damage and flexes with the substrate to alleviate cracking and flaking.

Sandtex Trade brand manager Sharon Smith commented: “This is an iconic project and we are very proud to have been a part of it. The colour services team were able to ensure the shade was in-keeping with the history of the building, and the high technology formulation means the wood will be protected for the long term.”

The finish was applied by Mid Glam Decorators, who are based just three miles from the Lido in Williamstown.

The project, led by Barrie Williams and Rob Barrett, had between six and eight decorators on site and was carried out in stages over a nine months period.

Rob Barrett commented: “We applied Sandtex Trade Eggshell X-tra in four colours at the site, a dark and lighter green, a blue shade and white. Due to the formulation we were able to use the paint throughout the year, as it was able to cope with the weather conditions in the Rhondda Valley.”