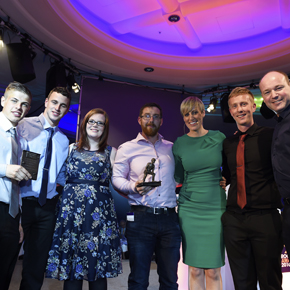 Wienerberger has been named a winner at the 2016 UK Roofing Awards after a project which utilised Sandtoft roof tiles came out on top in the ‘Single Lap Tiling and Slating’ category.

As the property remained inhabited throughout the duration of the project, the work required a need for constant understanding and communication between all the parties involved, resulting in regular team meetings prior to, during and after all work stages.

The National Roofing Awards competition began in September and concluded at the end of January, when a panel of experts from supporting trade associations narrowed down almost 300 entires to a shortlist of just 56 projects across 14 categories.

A small panel of construction professionals then selected the winners, which were announced at the UK Roofing Awards ceremony on Friday 13th May 2016.