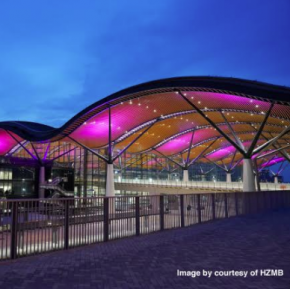 Opened in late 2018, the Hong Kong-Zhuhai-Macao Bridge (HZMB) is 34 miles (55 km) long and spans two channels of the Pearl River Delta to join Macao and Hong Kong with mainland China at Zhuhai in its southern Guangdong province.

A 4 mile (7 km) sub-sea tunnel and four artificial islands were also constructed as part of the project, as well as the two-storey passenger clearance building (PCB), which houses retail units, food and beverage outlets visitor centre, plus the ground floor arrival hall and the first floor departure hall.

The PCB is part of the port area, which is constructed on an artificial island of around 150 hectares that has been reclaimed from open waters while the terminal’s undulating modular roof design and glazed curtain walled structure allows plenty of natural light and fresh air to enter the building.

As part of the wide range of sustainable construction methods and energy-efficient technologies used in the building, it is also capable of generating much of its own energy and water.

The smoke control system is equally advanced and incorporates almost 2,000 smoke vents into the design. These are located in three individual zones to give greater control over the ventilations system, which enables escape routes to be kept free of smoke if a fire should occur.

Every smoke vent in the PCB is operated by two SE Controls SEPO pneumatic gas/spring failsafe actuators, which are equipped with a locking catch. In the event of a fire the system automatically opens the vents to release smoke and heat from the building, but is also designed to operate even if a failure should occur in either the mains power or pneumatic system.

If either were to fail, the actuators automatically default to the open position and lock the smoke vent fully open until the situation has been remedied, which complies with the requirements of the Hong Kong Fire Service Department. 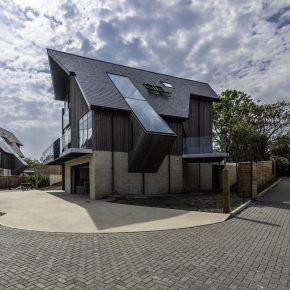 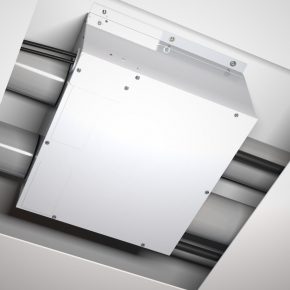 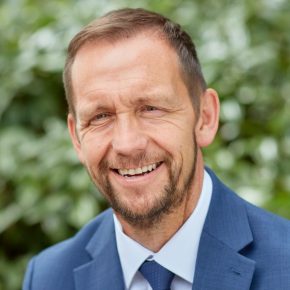