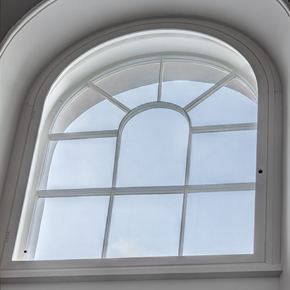 An advanced secondary glazing system from Selectaglaze has been used to guarantee high energy performance standards at a refurbished London townhouse. 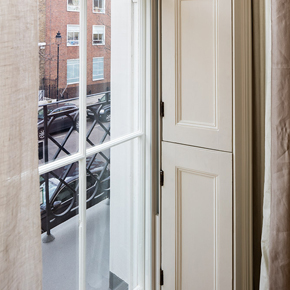 The Grade II Listed Georgian townhouse, which is based in London’s Bloomsbury, has been transformed into an energy efficient home.

While it benefits from a range of modern insulation techniques and energy saving measures, its striking historical features have been maintained.

In the project’s development phase, Robert Prewett of Prewett Bizlet Architects approached Selectaglaze with a secondary glazing proposal. As the building’s original sash windows could not be replaced, and high levels of insulation and working shutters were required, a bespoke solution was necessary.

Robert’s proposal coincided with Selectaglaze’s development of a new sash window design. The company was also in the process of testing Pilkington’s Spacia thin vacuum units, which can offer a centre pane U-value of 1.0.

Resulting from the experiment, Selectaglaze’s Series 25 window offers high sealing efficiency, a low U-value and a discrete frame, with a slide catch that allows shutters to close completely. 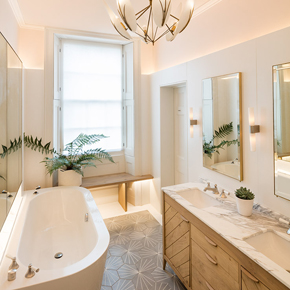 The system has been fitted to improve the performance of the building’s traditional, single glazed sash windows: the house now boasts an air tightness close to 1 air change per hour at test pressure.

As the building was partially occupied before the secondary glazing was fitted, the owner noticed a significant change in comfort levels when the new window system was installed. Acoustics have also improved, with the noise of road traffic almost completely removed.

The efficiency of the scheme will be evaluated via a series of monitoring tests, which will take place over a period of time.