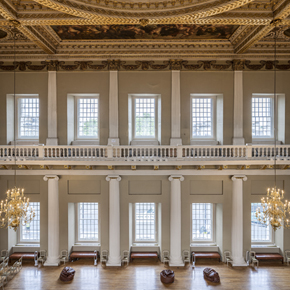 A secondary glazing solution developed by Selectaglaze has been used during the repair and restoration of Banqueting House, a Grade I listed building located at the centre of the tourist trail in Whitehall.

Banqueting House was designed between 1619-22 by Inigo Jones after its predecessor was destroyed by a fire. Since its construction, the building as witnessed many historical events such as staging State events, providing private drinking space for James I and in 1636 to display the great ceiling paintings of James I by Sir Peter Paul Rubens.

Famously, King Charles I was executed, outside the building in 1649 on a temporary scaffold specially built for the occasion. It is the only complete surviving building left of Whitehall Place, which burnt down in 1698.

Banqueting House is now managed and cared for by Historic Royal Palaces, an independent charity which also looks after the Tower of London and Hampton Court Palace.

As part of the repair works, Selectaglaze was chosen to provide a bespoke glazing solution that would protect the large windows whilst remaining discreet and unobtrusive to blend in with the existing interior. 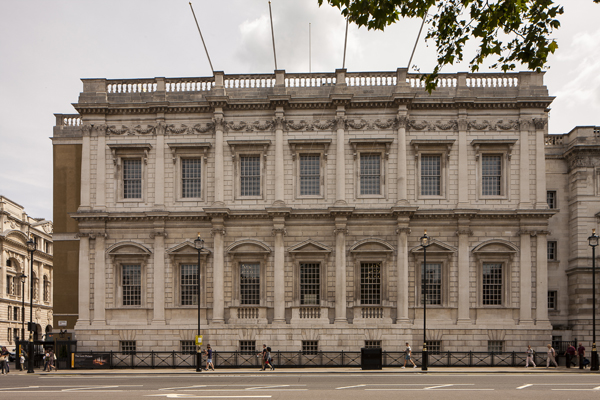 Selectaglaze created secondary glazing units to match the Main Hall window openings, measuring 3.6m high and 2m wide, the largest ever single casement to be blast tested in the UK. The installation presented an interesting challenge, as half the opening were at upper gallery level, 10 metres above the main floor.

A careful method of installation was devised by Gardner & Theobold, structural engineers Hockley & Dawson and scaffolders Allen and Foxworthy, involving a columnar scaffolding design complete with lifting apparatus to each opening. A total of 39 units were installed.

The secondary glazing provides blast protection and noise insulation in excess of 45dB, in addition to essential UV filtering to the Thomson Specification approved by the National Gallery, V&A and others.

The design replaced the blast net curtains and allows daylight to flood into the building. It is fitted to the room side of the building and is completely independent, meaning it is fully reversible, widely accepted by most heritage bodies.