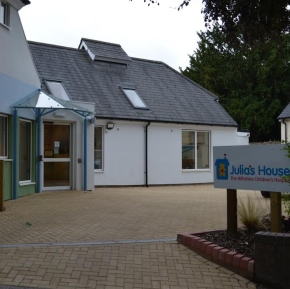 Selectaglaze has helped a charity transform two old council buildings into a place of comfort and support, as a Children’s Hospice.

Julia’s House Charity was behind the creation of the centre. The charity continues the work of Julia Parks, a paediatric nurse at Poole Hospital, who wanted to open a centre to help support families with ill children.

Andy Munn, facilities manager for the charity went onto explain: “These two old council buildings were in a great location and had the potential to be a really flexible space. It felt more environmentally friendly to recycle disused buildings, too.” 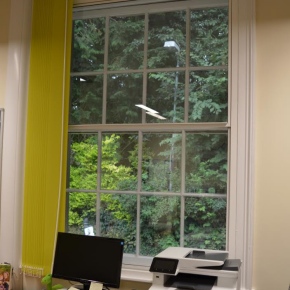 Extensions were added and the two buildings were joined to make a big space fit for purpose. Selectaglaze then provided secondary glazing for some office rooms in the Grade II Listed building as the original windows were old and draughty. The 4 box sash windows were thermally insulated, and internal and external insulation was provided for the whole building to raise the U-values. Selectaglaze Series 25 vertical sliders provided the best option to match the existing sightlines and comfortably operate to the sizes specified.

Zoe Williams, Selectaglaze comments on the project: “Visiting the centre, despite it still receiving its final touches prior to the opening, was awe inspiring and emotional. The dedication and care that the staff have – which they exude when talking about the journey they have been on to get the centre in a state fit to receive its first families, is heart-warming.”