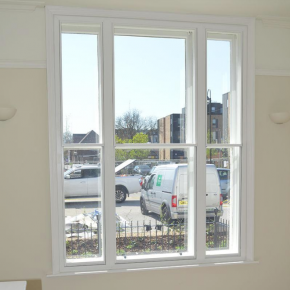 The developer, Thomas Homes Limited, as specialists in the renovation of buildings in sensitive locations,  led the restoration and conversion of the buildings on the University of Reading’s London Road Campus.

The most significant among them is the Grade II* Listed St David’s Hall, built in the 1830s, which was a former hall of residence and was on Historic England’s ‘Buildings at Risk’ register. Also included in the plan are St Laurence’s Hall and St Mary’s Hall, both Grade II Listed and a further single storey building which is not Listed in its own right, but included in the curtilage of St Mary’s Hall. 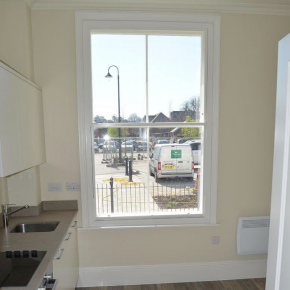 The new renovation of these Listed buildings, by Thomas Homes, had to be carried out in a careful and sympathetic fashion and went a significant way towards restoring them back to their original state.

Much of the original features have been kept and enhanced in a bid to offer potential buyers a blend of classic and contemporary architecture.

The project stipulated that where possible, all the original single glazed timber sashes had to be retained. This meant an extensive refurbishment programme and where the windows were beyond repair, replica single glazed units were made to replace the old.

It was crucial that secondary glazing provided noise insulation from the busy thoroughfare. Some windows proved rather challenging, so Thomas Homes went to Selectaglaze for assistance. With fifty years’ experience, Selectaglaze is the leading specialist in the design, manufacture and installation of secondary glazing.

Secondary glazing is fitted internally to the room side of the existing primary windows and is one of the most efficient methods of reducing unwelcome noise. When there is a cavity between the primary and secondary glazing of at least 100mm, a 45dB reduction is achievable. Along with noise reduction, secondary glazing also aids in eliminating unwanted drafts trapping them in an insulating layer.

Over 300 units were fitted to all three of the Listed Buildings, across all floors over a two year period. Four different Series were used to suit the various reveals and different sized primary openings across the complex. Furthermore, the secondary glazing in the bathrooms at St Laurence’s Hall was glazed with obscurity glass for enhanced privacy.

Due to the effective reduction of drafts and outside noise, Selectaglaze was recently asked to return to one of the apartments to fit more secondary glazing. The Series 10 2-pane horizontal slider and the Series 20 vertical slider were fitted as the new occupant was not satisfied with the double primary glazing installed.

Thomas Homes comments on the products from Selectaglaze: “The product supplied by Selectaglaze went well above and beyond what we had expected from a secondary glazing product by enhancing both the sound insulation from the busy main roads outside and at the same time worked perfectly to display the existing original timber sash windows of which needed to be retained whilst being very non-obtrusive with its slimline frame profiles. This combined with a very efficient installation helped us to achieve all the required targets on a very sensitive historical building.”