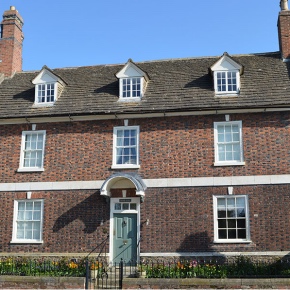 Selectaglaze has helped preserve the aesthetics of a Grade II Listed Georgian house whilst preventing heat loss and draughts.

Upon retiring, Mr and Mrs Coombes recently returned to the county town of Oakham in Rutland where they have bought an 18th Century landmark house. The property is made of local red and blue chequered brick under a Collyweston stone roof.

Due to its Listing, original features, such as the Georgian sash windows, had to be retained.

The study, dining room and two bedrooms on the front of the property suffered from noise ingress as they overlook the main road through town. Furthermore, the rear bedrooms and living room were subjected to heat loss and draughts. 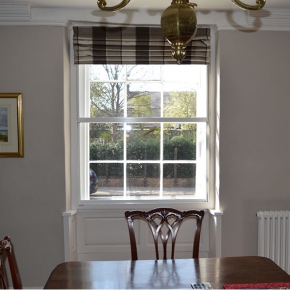 The original sashes had been refurbished 5-6 years prior by the previous owners, however, the renovation of the windows did little to enhance the ambient environment in many of the rooms.

The Coombes’ visited the Selectaglaze factory and showroom in St Albans to help them envisage how the secondary glazing would look in situ.

As a result of the trip, the couple ordered a horizontal sliding trial unit in their dining room to see how it performed for noise insulation. A lift-out trial unit from another supplier was fitted to the study window, so performance could be compared.

Both systems were discreet and did not obstruct the original sightlines, yet the Coombes’ were more confident in the Selectaglaze product and felt it provided better sound insulation, so the project proceeded. 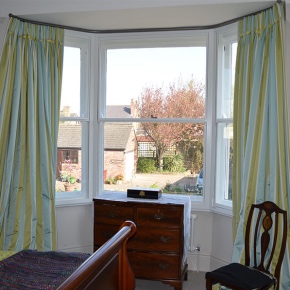 12 units were fitted into 8 openings; many of which had insufficient window board depth to accommodate the secondary glazing, so extended sill timbers were produced and fitted.

As not all of the openings were plumb and true, each one required very careful measurement so that bespoke timber grounds could be produced with final scribing and adjustment on site. All the grounds were supplied to sit factory finished and colour matched to the secondary glazing, to negate the need for on-site decoration, reducing installation time and inconvenience to the owners.

The couple commented, “We can now sit and have a civilised conversation in the dining room without the interruptions of passing traffic and the rooms at the rear of the property are a comfortable temperature.”

Secondary glazing is a discreet and reversible adaptation, so accepted by most heritage agencies in Listed properties. 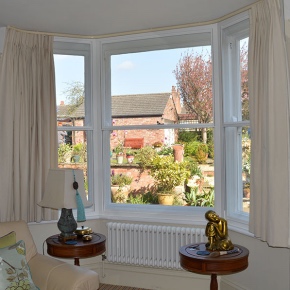 Sign up to receive Selectaglaze’s monthly newsletter and receive updates on latest news and events.