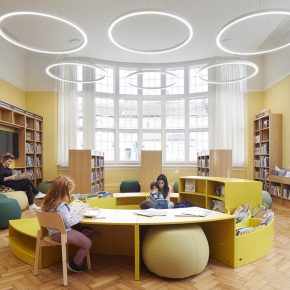 This Grade II Listed heritage building in the Royal Borough of Greenwich is of great architectural and historic interest. It is one of the earliest funded libraries by Andrew Carnegie and built to the designs of Frank Sumner; it now features secondary glazing from Selectaglaze.

Officially opened in 1904, it formed part of the local community civic centre and social buildings, a later addition included a museum on the first floor which opened in 1919.

Over the ensuing years, areas of the library were closed to the public and used as offices and storage, and in the late 20th century, the museum closed.

The building fell into a dilapidated state, losing its charm, appeal and comfort which it once had, with little public use.

In 2016, following the Listing by Historic England, the Royal Borough of Greenwich decided to use Plumstead Library as a champion for the Plumstead Urban Framework, making it one of the critical elements of the regeneration of the local High Street and surrounding area. 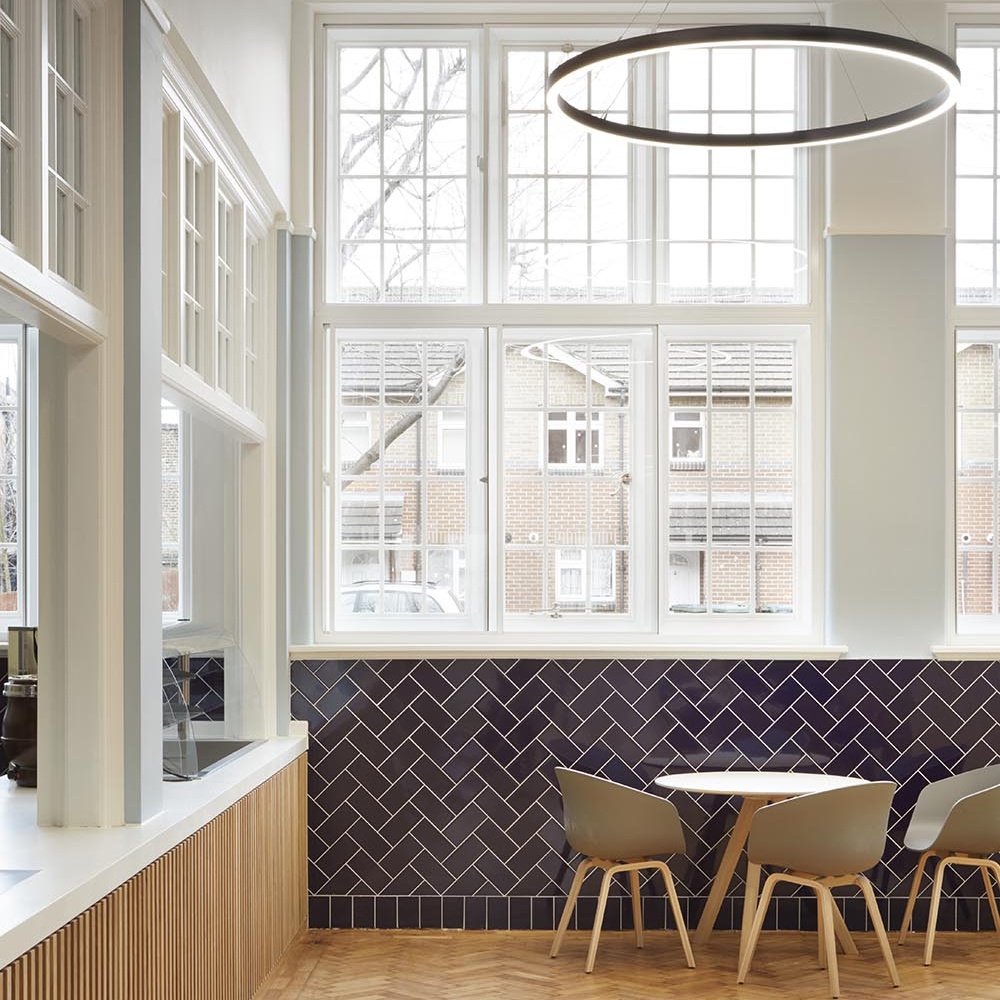 The first phase has included the refurbishment of the library, which started in 2018 and enabled by a £16.6 million local authority backed scheme.

Noise was of great concern, due to the location of the Library on the busy A206, with high volume traffic and London transport passing by.

The single glazed metal framed window, which has to be retained due to the Listing, did little to mitigate noise ingress, nor prevent heat loss and draughts which was going to be detrimental in the sustainability of the building and add to the on-going running costs.

With the need to create quiet, reflective and cosy reading areas for the users of the library, a solution needed to be found.

Hawkins Brown Associates decided that Selectaglaze secondary glazing would pose the most effective solution to improve the thermal efficiency as well as dramatically reduce the noise ingress. 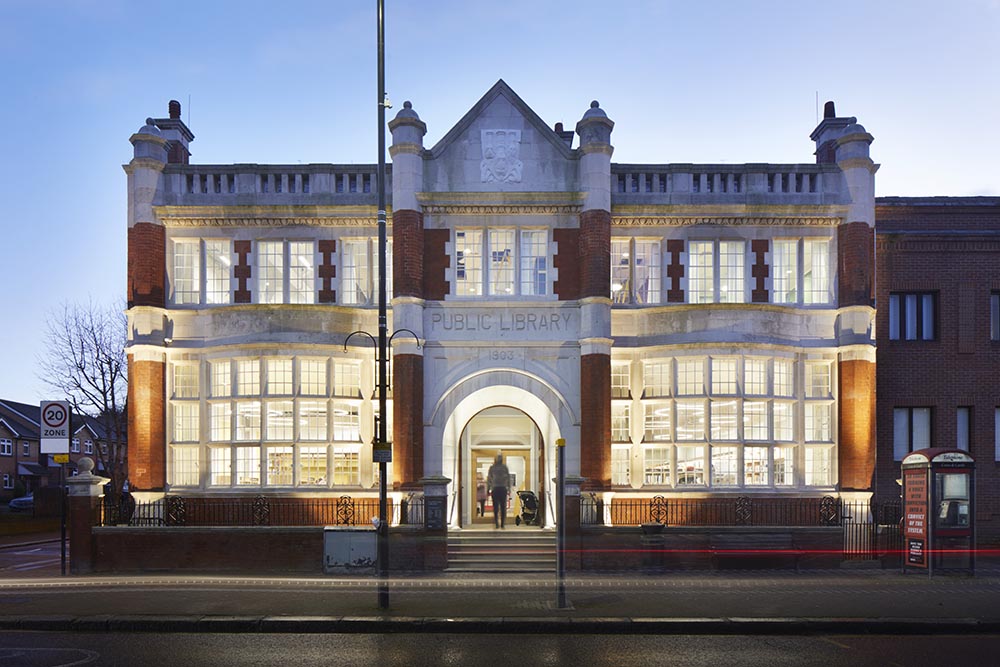 On the north elevation, facing the high street, two striking sweeping bow windows occupy the majority of the ground floor.

On the first floor and the return elevation facing east are a number of metal single glazed windows in various configurations, which allow light to flood the spaces but again, did little by way of thermal and acoustic insulation.

Well sealed and tightly installed secondary glazing significantly improves the performance of original windows. If used in conjunction with metal framed openings, U-values of 1.9 and reductions of 45dB (if fitted with 150mm cavity) can be achieved.

The two bay windows on the front elevation were built up with seven Series 20 vertical sliders, transom coupled to seven Series 45 side hung casements.

This meant the sightlines of the primary windows were followed and allowed full access for cleaning, maintenance and natural ventilation if required.

Precision timbers were needed for these openings; with the rear face curved to match the line of the bow and a square face to facet fix the secondary glazing to.

Cllr Danny Thorpe, Leader of the Royal Borough of Greenwich, commented: “As a building for the local community, the Plumstead Centre was designed through close collaboration and discussion with residents.

“I am incredibly proud of the Centre and the new year-round opportunities it will offer residents through its flexible and adaptable design.

“Elements of past, present and future Plumstead have been seamlessly embedded within the building, from the reinstatement of our print collection through to the stories written into the façade by local school children.”

The library reopened in early 2020 providing the local community with spaces for health and fitness, sports, performing arts and library all under one roof, it is a milestone in the long term plans of revitalising the high street and regeneration of the wider area.

It is set to become a sustainable and cultural destination in the Plumstead area and a great legacy for one of the remaining Carnegie libraries in the UK.