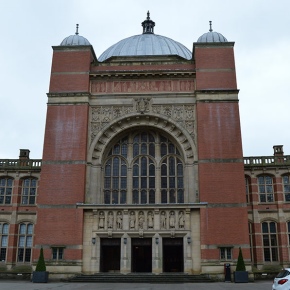 When the University of Birmingham recently underwent refurbishment, Selectaglaze was specified to provide secondary glazing.

In 1901, Aston Webb and Ingress Bell began working on a great hall and a semi-circular block of buildings for the mechanical engineering department. Aston Webb Great Hall and the Quadrant Range was granted Grade II Listing in 1970, with its domed roofs and a sweeping curved facade. 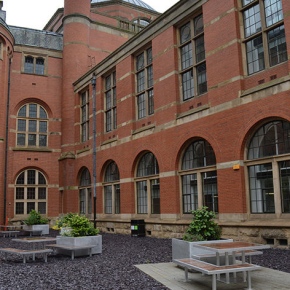 Associated Architects was commissioned to sensitively refurbish the exterior and to redesign and renovate the interior of Block C.

New mezzanine floors were introduced as part of the refurbishment, which sit along the break lines of the large primary windows, increasing the number of floors from three to five.

Consent could not be obtained to replace the draughty and unsecure primary windows with new double glazing, due to the Listed status of the building. All the original primary windows were removed, stripped, repainted and re-glazed instead. Although restored, the single glazed units were still inefficient, so Selectaglaze were asked to provide a solution. 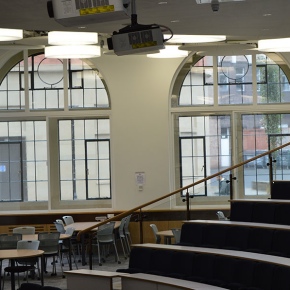 Selectaglaze’s secondary glazing was required to provide noise reduction of 45-48dB and seal the envelope of the building achieving air leakage of less than 5m3/m2/hr. In addition, it needed to provide protection from falling at the edge of the new floors and improve the thermal retention by lowering the U-value to 1.9w/m2k.

More than 200 units were installed with different designs and styles, many of which were curved to suit the building. 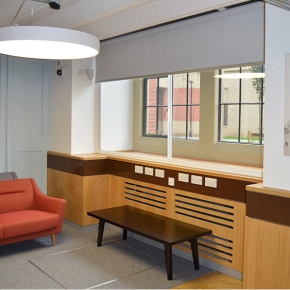 All of the secondary glazed units are bespoke to the window openings and match sight lines wherever possible.