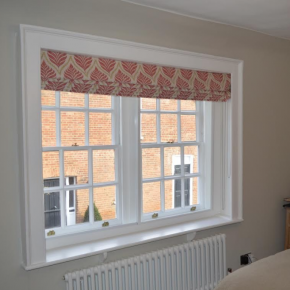 Selectaglaze secondary glazing has helped to transform a Grade II Listed cold and draughty former pub into a warm and peaceful family home.

The Blue Anchor Pub, built in the 17th century, was closed in 2014 as it was so difficult to let out, despite a considerable refurbishment in 2006.

In 2017, Osprey Development’s planning application was approved to convert The Blue Anchor into a two-storey four bedroomed home with remodelling and alterations to the single-storey rear extensions including changes to the roof.

A key consideration of the project was the architectural style, roof form, windows and materials which had to match its setting. 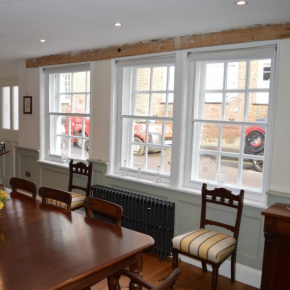 The main pub area has been sympathetically renovated into an elegant dining room and foyer; still retaining the primary windows, wood-panelled walls and a striking heritage fireplace. Planning Officers were happy with the proposal as there were no alterations planned to the main façade.

The conversion of the building was a success; however, it still required a solution for the thermally cold and inefficient single glazed primary windows throughout. Additionally, the other necessity was noise insulation from the busy thoroughfare. Due to the Listed status of the building, these windows could not be replaced.

Selectaglaze visited the Blue Anchor to make an initial assessment, and due to a lot of quirks and irregularities, with the window reveals being far from square and true, a 3D measuring device was used.

As a result, 16 units on the first floor, ground floor and study have been treated utilising three window styles. All the units installed are adaptable and slimline framing systems, suitable for heritage properties. The Series 10 horizontal sliding unit was required to provide easy access to some of the outer windows.

The Series 20 was the perfect unit to install mimicking some of the traditional box sash windows. The Series 30 lift-out unit was applied to the smaller windows in the building, offering a practical solution for treating windows which are rarely opened but require occasional access for cleaning or maintenance.

Selectaglaze’s secondary glazing markedly reduces heat loss and the high performance seals almost eliminate draughts leading to lower heating bills. The difference in heat retention compared to rooms that were not treated with secondary glazing is astonishing. Furthermore, almost all noise ingress has been eradicated.