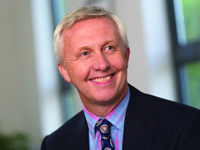 Setting out strategies to solve the UK housing crisis

In order to meet the UK’s housing needs, we need to deliver in excess of 250,000 new homes per annum.

However, we are a long way from meeting this requirement.

Bidwells’ Perspectives on Planning research highlights the current shortfall  there were just 112,370 housing completions in England in the year to June 2014.

This provided only 44% of the number needed.

These findings underline the importance of adopting several different strategies to meet the acute need for housing, including the locally-led Garden Cities initiative, a revitalised Private Rented Sector (PRS) and the release of publicly-owned Brownfield land for development.

The last time the UK delivered these numbers, it was substantially through public bodies: Local Authorities had autonomous powers to grant themselves permission.

We still work under the umbrella of a Localism agenda, an ideology opposed to central delivery. The challenge will be to see if communities recognise the scale of the housing problem to an extent that forces them to be part of the solution.

Alternatively, policy makers will need to repeal the populist agenda and start to plan on a grander scale.

Although our recovering economy showed an increase of 52% of housing starts in Q2 2014 versus Q2 2012, projections show that supply will remain below demand for at least the next three to four years.

Locally-led Garden Cities have a role to play in this, although they have a long lead-in time of 30 years to deliver and rely on the patience of landowners to see a return  unless the land is Government-owned.

In order to meet the UK’s housing needs, we need to deliver in excess of 250,000 new homes per annum

As there are likely to be at least two or three downturns in the economy over that period, we need to consider what will happen if the Government funding tap is turned off.

Garden Cities are not the silver bullet but should be discharged, along with the other bullets of urban extensions, in sustainable settlements with good rail access, together with more new housing in smaller settlements and villages and on Brownfield land as appropriate.

The second strategy involves the Private Rented Sector (PRS) which is seeing unprecedented growth, particularly in the south of England where property prices are proving prohibitive to an increasing proportion of the population.

In London, PRS households now account for 25% of the total number of households; in Cambridge, the percentage is 26.2%.

The main reason for this is the diminishing proportion of the population who can afford to own their own home.

The question of PRS is rapidly rising up the housing agenda and is now firmly on the to-do list of many developers and investors.

It is not new but there is a new dynamic in the form of councils recognising the invaluable and substantial contribution that PRS can now play in overall housing provision.

This is echoed in a growing awareness of the size of the sector and its growth prospects which are now attracting widening interest from the mainstream development and investment community.

The issue of releasing Brownfield land was covered in last year’s Mansion House speech, where the UK Government was urged to relax planning rules that constrain both Brownfield and Greenfield development.

However, there are a number of reasons why Brownfield land is being held back, including the fact that complex remediation with decontamination, archaeological surveys and risk of flooding can make these sites economically inviable.

Given these issues, it is still important to note that Brownfield sites contribute significantly to delivering a wide range of uses, often on one site.

The key to unlocking this potential is to provide financial assistance towards remediation and delivery which has been pledged by The Chancellor.

One of the Conservative party election promises is to get permissions on over 90% of suitable Brownfield land by 2020.

A RICS report, Property in Politics, has suggested that one way forward would be for local authorities to designate a set quota of Amberfield sites which would need to be developed within five years.

The delivery of sites should be seen within the content of a wide range of schemes and initiatives for delivering housing and growth generally, including urban extensions and possibly Garden Cities in order to achieve our annual housing targets of 250,000 units or more.

However, with the General Election in full swing, any radical developments will be put on hold until the new administration is clear that it has a pro-growth mandate from the electorate.