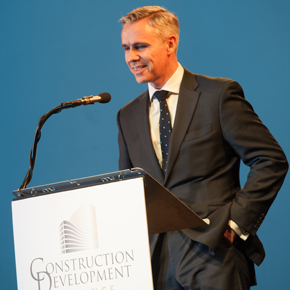 The Construction Development Alliance (CDA) has announced Sika Roofing as the headline sponsor for its 2016 Awards for the second consecutive year.

Taking place at Burnley Mechanics on the 26th May, the CDA Awards will recognise the achievements of five young people between the ages of 16-25 in the North West construction sector across a range of categories:

Each of the winners will compete for the ‘Overall Winner’ award and a substantial prize.

Rod Benson, target market manager at Sika Roofing (pictured above), commented: “Bringing new talent into the construction industry has to be a key priority for the entire supply chain and continuing as headline sponsor for these awards for another year gives us an excellent opportunity to champion the contribution that young people make and their role in shaping the sector in the future.

“We’re very proud to support the awards, which will ensure that the CDA, as a not-for-profit organisation, can continue to raise the profile of its activities and involvement with maximising the potential of young professionals in the sector.”

The CDA Awards will also hold a charity prize draw in support of the YMCA Housing Project which assist vulnerable young people in Lancashire.

Reid Lewis of the Construction Development Alliance added: “Sika Roofing has been very generous in supporting the awards since the CDA was first formed seven years ago and the first awards ceremony was held in 2011.

We’re delighted that they are on board as headline sponsor once again this year, alongside a number of supporting sponsors, and we’re looking forward to a fantastic evening that celebrates the very best of young talent in the North West’s construction sector.”