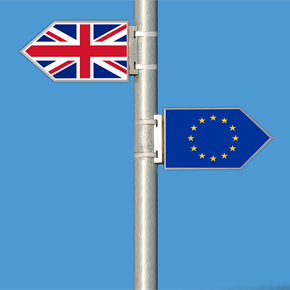 Sixty percent of architects and building specifiers are experiencing delays to projects as a direct result of Britain’s vote to leave the European Union, according to a new report released today.

Pilkington UK Limited commissioned a survey of 100 senior architects and building specifiers, which reinforced the view that the country is divided over Brexit, as almost half stated that they believed Brexit will decrease interest from foreign investors in UK developments in the future.

Thirty-four percent of respondents commented that the activation of Article 50 would slow the rate of construction over the next five years.

Despite these figures, building design professionals have forecast an average growth of 14 percent over the next two years, with a fifth of specifiers and eight percent of architects predicting growth of more than 20 percent over the same period of time.

The survey results suggested that the sectors with the most opportunity for growth were large-scale residential, commercial office and small residential developments; followed by industrial and hospitality and leisure schemes.

The growth outlook is supported by strong level of forecast investment in R&D, averaging 10 percent of revenue reinvested in the next two years.

On the subject of nearly-zero-energy buildings (which the UK is committed to achieving on all new builds from 2021), over half of those surveyed commented that the lack of government incentives is a barrier, whilst 17 percent cited cost as another issue in this area.

Phil Savage, commercial contracts sales manager at Pilkington, commented: “Clearly, uncertainty following the decision to leave the EU is causing clients to tread carefully in term of their investments in the UK built environment.

But it’s heartening to see that many professionals aren’t predicting doom and gloom but are, in fact, bullish about the outlook over the next two years.

Architects and specifiers are towards the beginning of the supply chain, and the health of their businesses can be a bellwether for the wider building industry – so fingers crossed we are seeing the early signs of an upturn in UK construction.”

The survey was commission by Pilkington UK Limited and carried out by Coleman Parkes Research between August and September 2016. Survey respondents were key decision makers when it comes to specifying building material, drawn from companies ranging in size from less than 20 employees to more than 100.