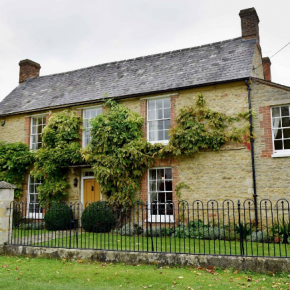 An Oxfordshire-based painter and decorator has won the Small Contractor Award at the Painting and Decorating Association’s Premier Trophy Awards, using a selection of Crown Trade products. 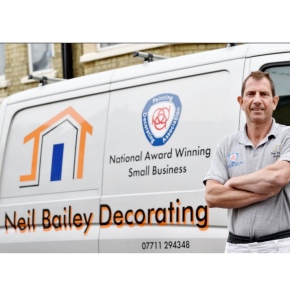 Crown Paints’ Trade Team worked closely with Neil to come up with the ideal bespoke solution that would allow the lime plaster in the living room to breathe.

Crown Trade Grip Extreme Fast Drying Primer was used first on the bare walls to seal and bond distemper residue. Crown Trade Covermatt Emulsion was then chosen to coat the walls and ceilings.

In the living room, Neil and his team achieved a dramatic look using a rag-rolled finish – a layer of Crown Trade Covermatt Emulsion was applied on to the wall and rolled off quickly.

Finally, the fast-drying and virtually odour-free Crown Trade Acrylic Eggshell was applied to the woodwork. 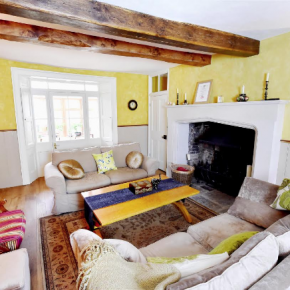 Richard Gregory, who bought Milton Farm nearly three years ago, explained that the new living room fits in well with the character of the house.

Neil Bailey commented: “I was absolutely delighted, after seven years of trying, to come out with a top award. On the back of this award, I’ve been inundated with work and I hope to employ some more people.”

This year’s painting and Decorating Association’s Premier Trophy Awards will be held at Plaisterers Hall, London on Thursday, July 5th, 2018 and Crown Paints will be the main sponsor of the event which will be celebrating its 30th birthday.