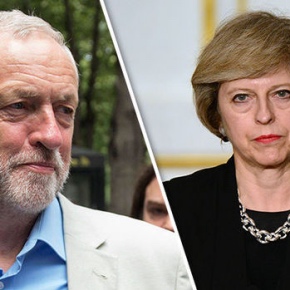 Snap election could deliver a ‘better Brexit’ for UK construction

The upcoming snap General Election could herald a ‘better Brexit’ for the UK construction industry, Arcadis has predicted in its quarterly Market View.

The report states that the potential two-year slow-down in demand caused by EU negotiations could be offset by a newly-elected government with a clearer vision on Brexit.

Britain’s economy has performed better than all expectations following the vote to exit the European Union. The UK boasted the best performing economy in the G7 last year, and the outlook for growth in price and demand remains optimistic.

The construction industry in particular peaked at £100bn in 2016, led by demand and investment in the housing and infrastructure markets. Housebuilding activity has doubled since 2010, whilst major infrastructure projects such as HS2 are expected to keep the sector buoyant going forward.

Meanwhile, tender price inflation has continued to outstrip input cost inflation in recent years. Despite this, if demand for construction declines then a simultaneous fall in tender prices is still possible in some areas, even if input costs such as labour were to increase.

In its quarterly Market View, Arcadis emphasised the need to secure and stable political environment to ensure demand levels are sustained.

Arcadis’ market intelligence lead, Will Waller, commented that UK construction must walk a ‘perfectly balanced tightrope’ between short-term flexibility and longer-term commitment, if the sector is to remain stable during the Brexit period.

He explained: “The outcome of the General Election will provide the government with strength in adopting an overall negotiating stance, cement its future mandate and help to crystallise the shape of the UK’s exit from the European Union.

While the global status of cities like London and Manchester has helped to perpetuate some level of investment demand, greater certainty post-election will accelerate decision making. This should help to get more projects off the ground and ensure far greater stability for construction markets right across the UK.”