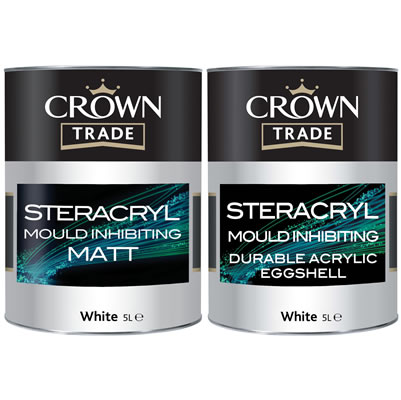 Containing an effective fungicide designed specifically to maintain decorated surfaces by inhibiting the development of mould growth on the paint film, Steracryl has been subjected to stringent tests carried out to British Standard BS3900:G6.

The acrylic eggshell system is washable, making it ideal for use in kitchens and bathrooms where a build up of condensation can be problematic and eradicating the formation of mould spores.

A video demonstrating the technology behind Steracryl Mould Inhibiting Paint, entitled Crown Trade’s Right Paint for the Job,’ can be found on the company’s YouTube page.

Users can pull together technical information into a single, personalised report for customers, showing project details and information surrounding the specification of Crown Trade products.