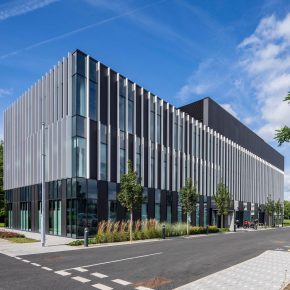 “When specifiers design glazed façades they wish to see slim sightlines, when installers quote for work they wish to use the most economic system for the project and often opt to use a well respected 50mm curtain wall system. But despite the systems pedigree, is the ‘off-the-shelf’ design right for the buildings structural design?

When designing any façade there are two main issues to take into consideration, the dead load of the façade itself and the live loads that are going to be imposed on the façade, which includes wind loading and possible catastrophic events such as seismic and blast loadings.

Taking the façade as a single entity, these can be catered for, however, the curtain wall stick or unitised, relies on fixings to the building structure to transfer both loads back at regular mullion spacings, on average at every 1,500 mm.

Catering for movement due to live loads on the curtain wall and thermal expansion, is normally catered for with regular sleeved joints, usually at each floor level. So far so good, but what about building movement such as floor edge deflection and building sway?

Floors will deflect once loaded with people and equipment, not all structures will be the same and this deflection will vary. We now face movement in the curtain wall façade itself depending on what is happening within the building. This movement must be catered for otherwise the facade could easily fail when the building is in use.

Unitised curtain wall systems tend to cater for this movement quite well within their stack joints, but in stick curtain wall the issue becomes more pronounced as there is typically much less room when the glass is stacked in these systems. 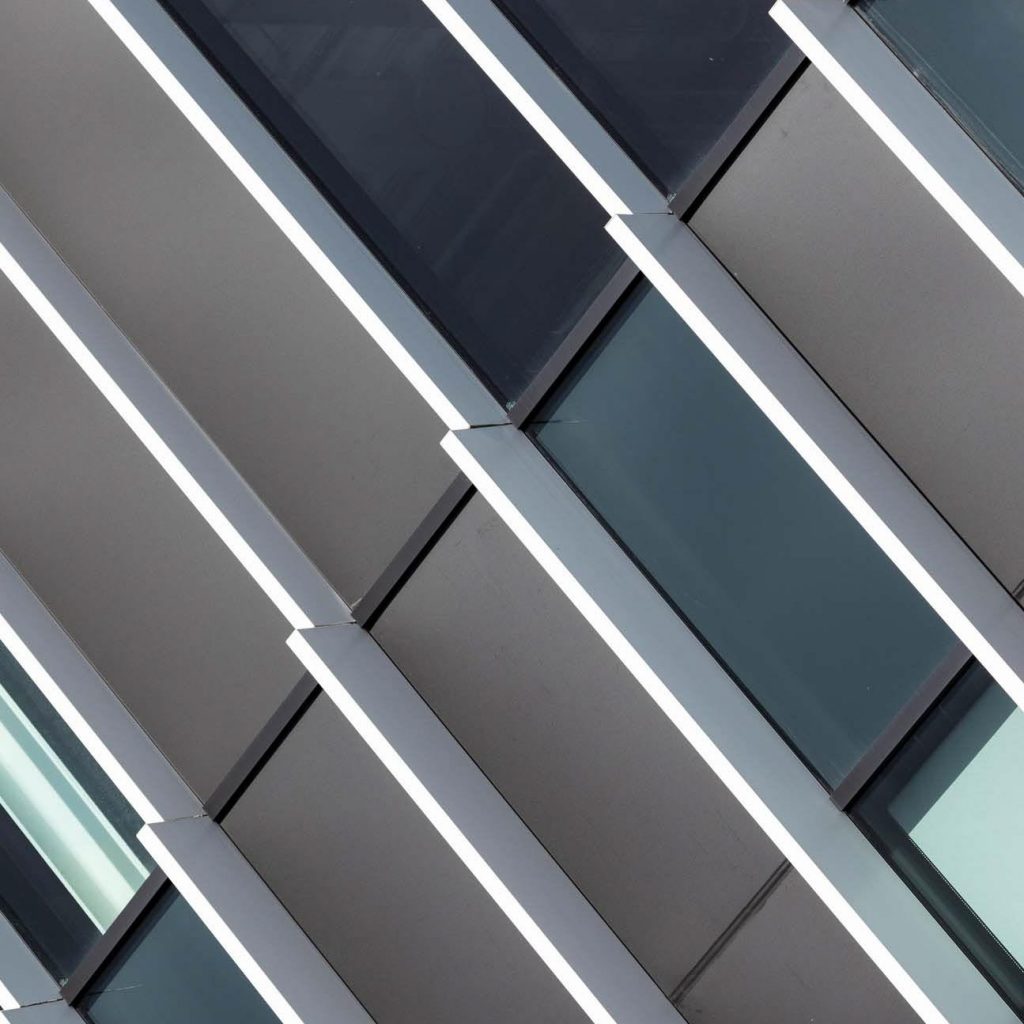 Looking at a 50mm wide curtain wall we typically have 13mm edge cover on the glazing and a curtain wall nosing thickness of 10mm. Taking 25mm to the centre of the mullion we have a nominal clearance of 7mm (= 25mm – 13mm – 5mm [half of the width of the nosing]).

Given that there is say 5mm around the glazing with the lower edge of the full height glazing located on 5mm glazing packers, should the floor slab deflect more that 5mm will see aluminium moving to touch or load the glazed unit which could result in glazing failure.

This condition is further restricted when cap-less curtain wall systems are specified where the toggle fixings have an average +/-3mm around the glazed unit.

If the building is designed with floors that run between the building structure, such as columns near the floor edge, floor movement becomes increasingly problematic for the facade.

Where columns exist there would be no floor movement, but at the mid-span the floor would move by a given limit, so the floor will ‘sag’ between columns. 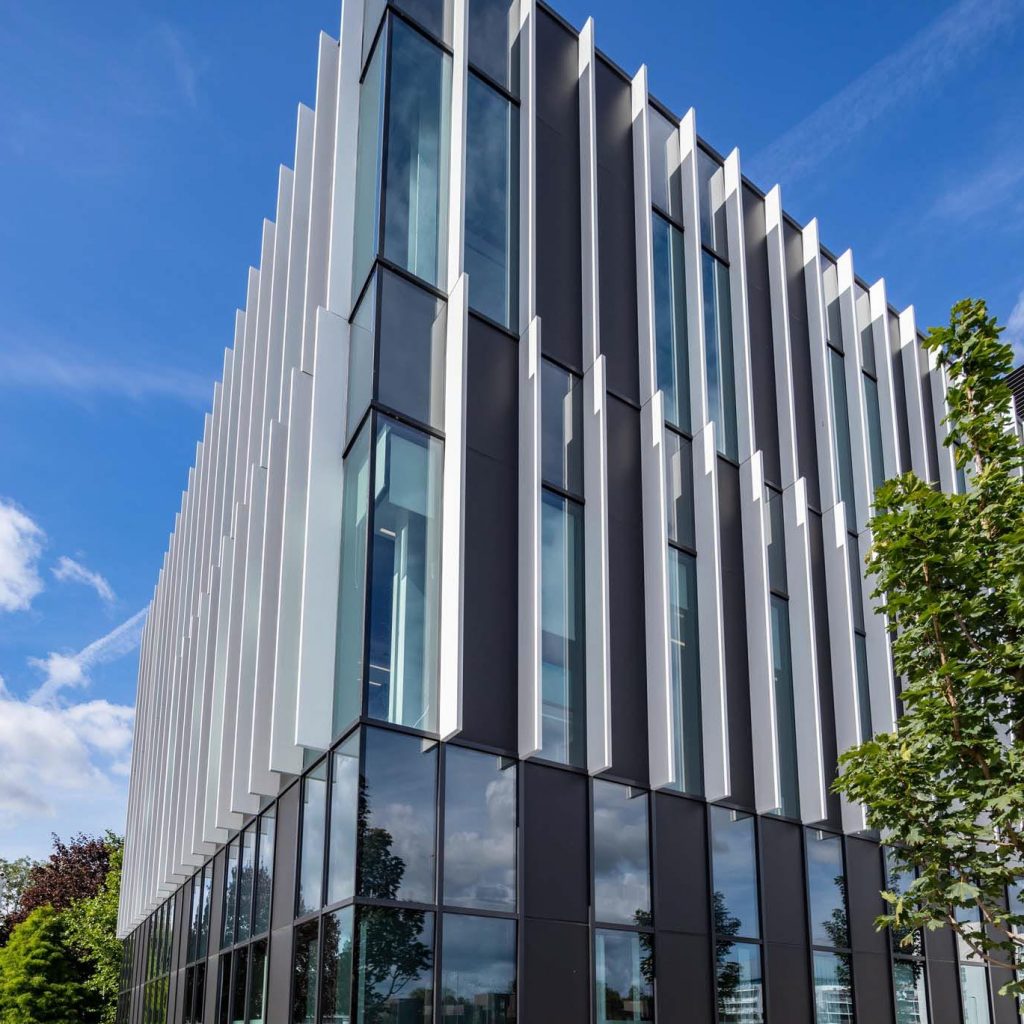 Each building structure will offer various levels of floor edge movement, but it is crucial to request these details from the structural engineer in any curtain wall installation being fixed back to intermediate floors.

Once the movement is known, this can then be designed into the curtain wall. The use of special designed spandrel panels or double transoms can cater for this movement and to an extent the rotation of units, this needs careful design often with the systems provider.

For the reasons explained, unitised curtain wall systems are being specified on a more regular basis where building structures are being designed with lighter materials and increased deflection limits, as they can cater for more building movement.

The main issue is to be aware of the deflection limits of the structure that the facade is to be fixed too and how this movement will affect the curtain wall.

Many projects will work exceptionally well with a 50mm curtain wall, given that the structure offers limited movement.

Where required, the move to wider 60mm curtain wall systems will increase the space around the glazing edge to the mullion and transom nosing, which will allow for more movement of the curtain wall frame before the glazing units are compromised.

Unitised systems will cater for greater building movement whilst still offering slim sightlines, high levels of insulation but with the benefit of offering installation times up to half of that for traditional stick curtain wall systems.

At Aluprof we offer our acclaimed 50mm, ‘MB-SR50N’, and 60mm ‘MB-SR60N’ stick curtain wall systems with a wide range of profiles and options to cater for most building designs and cater for structural movement. Where required our unitised system, MB-SE75, can be used in any facade requirement.

We have a team of facade designers located in the UK to assist any specifier or installer wishing to design using Aluprof systems.”