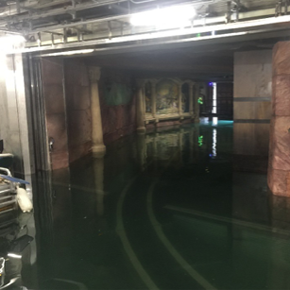 P C Henderson’s Straight Sliding 307 hardware has been specified for the installation of two large gates at Shanghai Disneyland’s water park. The $5.5 billion resort spans 963 acres and was opened to the public on 16th June 2016. 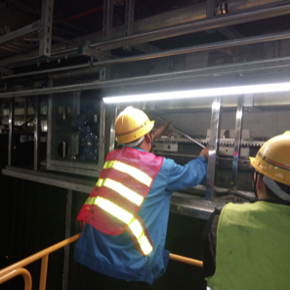 The Straight Sliding 307 hardware is made up of tracks and hangers and features a product capacity of 2000kg. Suitable for timber or metal doors and gates, each system is individually specified from a large selection components such as hangers, brackets, guides and channels to ensure the ideal hardware is selected for each individual project.

For the Shanghai Disneyland specification, 4 hangers were merged into 1 to carry the 2 large gates, which weighed around 3500kg.  The fabricator installed the Straight Sliding 307 hardware together with the gates on-site, utilising 11 tracks, 18 hangers, 60 brackets and 10 stops.

The system has been developed to cover any width of opening, with any number of gates or doors used on single or multiple lines of track. It has also been designed to accommodate a wicket door within the large gates, to allow easy access for personnel on a daily basis.

The doors or gates can slide to one or both sides to accommodate different types of building design.