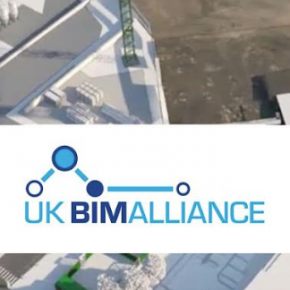 The Stroma Group has announced it has become a signatory of the UK BIM Alliance.

Martin Holt, CEO of Stroma Group, said the decision to do this was a very easy one, as having spoken with the Executive Team at the Alliance, it became apparent that they both had a number of aligned objectives.

Anne Kemp, Director Atkins Global, Chair of the UK BIM Alliance, said it was ‘great news’ that Stroma had become a signatory and that they are looking forward to working with them.

The UK BIM Alliance are working towards BIM Level 2 becoming business as usual through the digitisation of the built environment.

The Alliance is also now the UK and Ireland chapter of buildingSMART, which means standardisation is a key objective.

All of these are just a few of the reasons why Stroma signed up as a signatory.

In other news, it has been announced that Niraj Mistry, Lead BIM Assessor at Stroma Certification, is to take up an active role in the Projects Team within the UK BIM Alliance.

Niraj has been given the vital role of leading the upskilling stream for the projects team at the UK BIM Alliance.

The upskilling stream will provide the UK and Ireland with a much-needed standardised competency framework for personnel and businesses engaged in BIM.

The aim will be to define clear routes to demonstrate competence of industry personnel engaged in BIM roles, as well as providing paths to competence for those in post 16 education to access careers in BIM.

He said he looks forward it but does not underestimate the scale of the task ahead.

“There has been significant advance in BIM since it began and we need competent people and organisations to deliver the work,” he said.

Rick Hartwig, Sector Head – Built Environment, The IET, Projects Lead (UKBIMA) commented: “Niraj and I have spoken many times over the last month or so and we both agreed that he was best placed to pick up the reins of the Upskilling project at the Alliance.

“With his connections, skills and industry knowledge, I expect great results, which in turn leads to great results for the industry.”