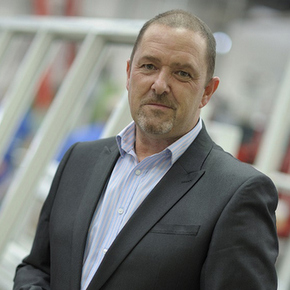 The Builders Merchant Building Index (BMBI) experienced robust growth in 2017. Total Q4 2017 merchant sales to builders and contractors increased by 6.3% on Q4 2016, delivering more growth for the quarter than the running average, which helped to push the annual growth numbers.

Other product categories to perform well include Plumbing and Heating & Electrical & Tools (both increasing by 7.7%), Ironmongery (+7.3%) and Kitchens & Bathrooms (+6.6%).

However, December slumped in comparison to both Q4 and the yearly totals, but an extra trading day in 2016 masks the true performance.

Growth per trading day grew faster than the annual average at +5.7%. Timber & Joinery at +8.6% was a big contributor, but internally focused categories; Plumbing Heating and Electrical at an increase of 10.1% and Kitchens & Bathrooms, rising by 8.9%, performed with credit year-on-year. 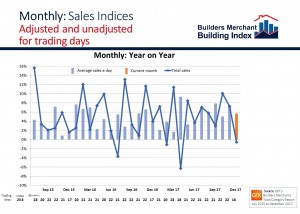 Steve Halford (pictured), Group Managing Director The Crystal Group and BMBI’s Expert for PVC-U Windows & Doors said the fourth quarter of last year eased back in construction and the economy, as consumer confidence ‘wilted under the threat of uncertainty and political instability.’

He also cited the ‘disruptive effects of online technology, new formats and new ways to buy’ as ‘turning retail on its head’.

“Many retailers had a torrid 2017 and all the big grocers lost share to Aldi and Lidl, and to Ocado which grew faster than the rest of the online food market. The turmoil has triggered market restructuring,” Steve said.