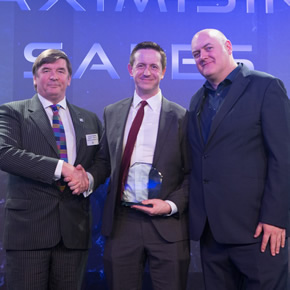 Supplier of the Year title awarded to Knauf Insulation

Knauf Insulation has been awarded the title of ‘Supplier of the Year in Insulation and Plasterboard’ after receiving recognition for its services at the 2016 Fortis Conference.

The Fortis Conference and subsequent awards ceremony was hosted at Birmingham’s Hilton Metropole Hotel. Knauf Insulation was represented by its Commercial Director, Steve Duke, who received the Supplier of the Year award from Howarth Timber’s Duncan Barker and comedian Dara O’Briain.

Knauf Insulation: Supplier of the Year

Knauf Insulation attributed its success to its sales and merchant support teams, who work to supply Fortis with its Polyfoam ECO XPS products and its Earthwool glass and rock mineral wool as part of a three year agreement between the two companies.

The company prides itself on its commitment to innovating and driving behavioural changes with its customers: its focus on growing Value Added Products (VAP) and its service offering of Rock and Roll exemplifies this.