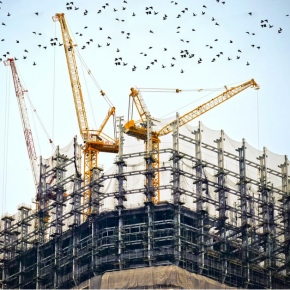 Survey shows Scottish construction firms are optimistic about the year ahead

Following a dip in growth after the Brexit vote, Scottish construction firms are more optimistic about the year ahead than they were in the Autumn, according to a new survey.

Growth was forecast for 2017 in workloads, employment and profit, however concerns were raised over skills shortages.

The Royal Institution of Chartered Surveyors (Rics) found workload growth expectations improved considerably in the fourth quarter, as 20% more survey respondents said they expected a rise in employment in 2017.

The private industrial sector appeared to be driving growth, as 23% more respondents reported an increase. Between September and December, growth in private commercial and private housing also increased. However, public non-housing works fell in the same period. With half of those surveyed warning of skills shortages restricting growth and pointing to a lack of quantity surveyors.

According to Simon Rubinsohn, Ris chief economist, the construction sector has shrugged off concerns about the effect of Brexit with key workload indicators remaining firm around the country, according to the latest results.

Although the outlook is now rousers than it was back in the autumn, there still remains some unease about access to skilled labour in the emerging new world and financial constraints still remain a major challenge for many businesses.

Simon Rubinsohn explains that a shortage of quantity surveyor is impacting on the development process at the present time.