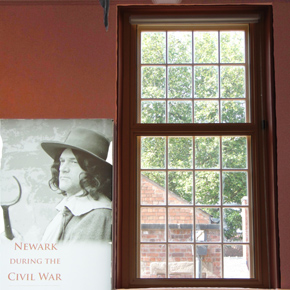 Secondary glazing solutions from Selectaglaze have been installed at the new National Civil War Centre in Newark.

Originally built by Thomas Magnus in 1529, the Listed Tudor hall is now acknowledged as the Old Magnus Buildings, and is currently being transformed into a new National Civil War Centre.

The historical building began life as a school, before being extended during the Georgian and Victorian eras and becoming the town’s museum.

Having fell into disrepair in 2004, Newark and Sherwood District Council have since awarded the building Heritage Lottery Funding to restore and transform the Old Magnus Buildings into a new museum and National Civil War Centre.

The new museum will act as a centre for Civil War learning.

Housing several significant historical artefacts and some graffiti dating back to the early 1600s, security was an important factor when considering the buildings restoration. 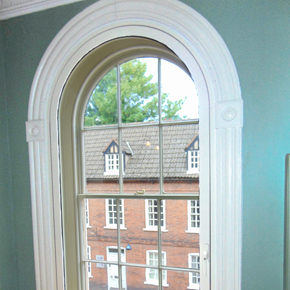 Additionally, the buildings Listed status meant that security measures taken must be considerate to the buildings historical significance.

Selectaglaze were contacted by Architects Purcell and Main Contractor Woodhead Heritage to provide protection to the vulnerable window openings.

Secondary glazing was specified as an ideal solution for the historic building, as it is a fully reversible adaptation, accepted by most heritage bodies, which offers high performance and security.

Varying levels of security were provided with the use of products certified to Loss Prevention Standard LPS 1175: Level SR3 and those meeting the security standards of PAS24, all accredited to Secured by Design.

In addition, the secondary glazing units are capable of achieving a U-value of around 1.9 and noise reduction of 42-45dB.