Tackling the scourge of bin blight’ with alternative solutions

Alternatives to the ugly clutter of unsightly bins

Too many streets are dominated by the ugly clutter of unsightly bins, which ruin the look of families’ homes and gardens, he says. And the NHBC Foundation’s recently published report says that new ways of tackling the scourge of bin blight’ must be found.

Doing nothing is not an option. If we do nothing we’ll still be having this debate in 10, 20 and 30 years, by which time we might be climbing over wheelie bins and boxes to get in and out of our homes.

But is providing more space the answer? Just by asking developers to allow for a growing range of bins and boxes, are we going to tackle the problem in the long term?

No. We need new ways  solutions that are economically viable and sustainable, and, importantly, that are tried and tested.

Let’s look at perhaps the most obvious solution.

A bigger bin, slightly larger than the norm, which includes four compartments. Each household has at least one but no more than two.

you need to you can hang another small box on the side; in fact on both sides of both bins.

That’s now 12 compartments or small boxes in all, which would seem to go a long way to covering all the bases. Each type of waste is emptied into collection vehicles with similarly identified compartments, each of which has individual compression.

It could mean no more sorting is needed so there’s no need for huge investment in sorting plants. Hopefully it puts an end to any debate over weekly or fortnightly collections for recycled and residual waste  with this bin all types of waste are collected each week.

Ah, but I can hear some people already putting down this idea. A bin containing all that waste would be too heavy to move. Yes, this bin is slightly bigger (and therefore heavier) so there’s a third wheel, a small one at the front that rotates through 360 degrees and allows for steering when its pushed from one point to another.

That actually makes it much more manoeuvrable than a two wheel container and it doesn’t need to be tilted to get it moving. It’s operating very successfully in Scandinavia, where it’s well liked by the householder.

Semi-underground collection points provide an effective alternative to wheelie bins, especially in housing complexes with a number of shared services. There’s flexibility around where the systems can be sited so there ideal where there’s limited space or restricted access.

The greater portion pf a semi-underground system (SUWS) is placed beneath the surface. The housings can be clad and only one third of the product is visible.

With underground systems (UWS), the whole of the unit is below ground with only the inlets above the surface. Both systems are ideal anywhere there are lots of people generating waste on the move.

There are a number of economic and environmental drivers for considering the SUWS and UWS solutions – the rise in waste volumes; increased hygienic and amenity demands; overflow of waste; and the environmental impact caused by so many vehicles travelling to and from depots and recycling sites.

With these systems waste is emptied and moved less frequently, so they’re less use of vehicles. In fact, a semi-underground unit can be emptied in about two minutes by a vehicle with a single operator.

They also provide opportunities to segregate recyclable materials at the point at which they’re thrown away and more waste can be stored. Additional advantages include fewer odours, the confinement of bacteria, increased compaction, improved street, neighbourhood and park aesthetics, limited maintenance requirements and more protection against vandalism.

The UK simply has to overcome its default position of we do it this way because we have always done it this way’.

ESE’s solutions have proven track records and are the result of innovation, technology and continuous development, which has led to great products being used extensively across Europe over the last 50 years. The UK has been much slower to recognise and embrace them.

Importantly, these solutions provide a better way forward than simply saying let’s make more space for more of the same’. 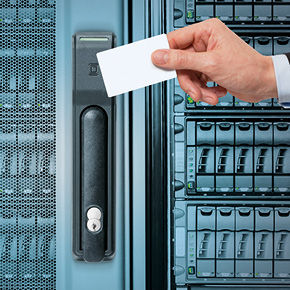