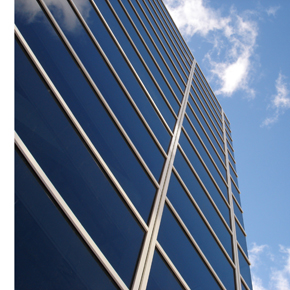 He speaks about how the disaster will cast a long shadow in years to come and how it will define official attitudes to social housing and the imperative of fire safety in tall buildings.

In his opinion, UK authorities have been complacent in believing current regulations in place were fit for purpose, stating that it will be another instance of ‘coding by catastrophe’.

Mr Kempster says whilst official enquiries continue to grind forward, the building industry is still rattling on at pace and, with this, fire safety in tall buildings is under a scrutiny never seen before.

There are tall buildings situated all over the United Kingdom, with a large proportion of these being in London.

In the capital, 450 tall buildings are in the pipeline, with 90 of these currently being constructed.

The pace of upward development there is accelerating, with 28 tall building completions this year and 40 more set for 2018.

Any fears about Brexit appear to be dumbfounded, as this has yet to have had much of a dampening effect, according to Wrightstyle’s MD.

The above figures come courtesy of the London Tall Buildings Survey, which charts the number of 20 storey-plus towers completed, proposed or currently in planning across the capital’s 33 boroughs. 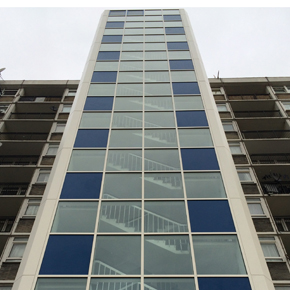 He goes onto say, with London’s high land prices, the logic of building upwards is inescapable. Therefore, creating high-rise residential blocks will help to alleviate the city’s housing shortage, providing design lessons from the past can be learned.

Adding to this, the biggest lesson for building designers, architects and fire safety experts must be to never again lapse into false security and take heed of the events of Grenfell Tower, as the real lesson from the disaster is that complacency is the enemy of fire safety.

Wrightstyle have worked on fire safety on a number of high-rise developments in the UK and internationally, publicly raising concerns about fire regulations in both the UK and United Arab Emirates.

The most effective way of dealing with fire at high altitude, he says, is by fire compartmentation, which involves keeping the fire contained in one protected area and preventing it from spreading.  A contained fire can be dealt with, however an uncontrolled one cannot be.

In conclusion, he talks of how we’ve seen the good, bad and the ugly of fire safety design.

He also hopes that, with this unprecedented era of tall buildings being constructed, it is important to pay heed to the absolute need for a whole new level of fire safety.

Because, if the worst does happen, there are fire containment strategies to ensure everyone’s safety, especially in the wake of Grenfell.