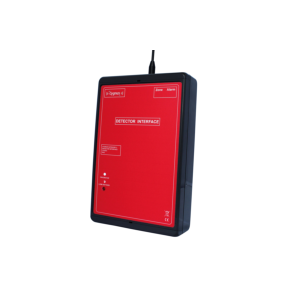 The Cygnus Wireless Alarm System, a temporary fire alarm solution from Bull Products, has been implemented at Waterloo Station to improve safety standards while workers are on site.

With HSE confirming that electric cables are one of the most frequent causes of accidental death or injury on construction sites, it is important that companies invest in safety equipment to protect their workers.

Temporary fire alarm systems can offer a solution by reducing the amount of cable wires on site.

Services provider MJ Quinn was contracted by Network Rail to renovate three suites at Waterloo Station, as part of a major refurbishment of the area. A temporary fire alarm system was required to reduce the number of cable wires on site, in order to cut costs and protect workers.

The system is suitable for use on construction sites, specifically developed to work overground, across long distances, and in areas of dense concrete or steel framing. It can connect a maximum of 480 individual units in 15 different zones, using Class 1 Radio; each individual unit has a number so that multiple interfaces can be addressed into a single system. It also features a cause and effect set up between zones.

Cyngus provides heat, smoke and CO detection to ensure that workers are kept safe on site. When a hazard is detected, the interface will trigger the door release and deactivate the entry or exit turnstile to allow for a quick evacuation.

Bull Products worked with MJ Quinn to fit the system at Waterloo Station. Over the course of a week, eight Cygnus Detector Interface units were installed across eight floors and each interface module was assigned to a zone.

They will remain in place until work finishes in December 2017; although, they can be moved around to suit any changing circumstances on site.

‘On previous projects, we have had to hardwire a lot of cables, wasting time during the construction process and resulting in high costs,’ says Ben Smalley, project manager at MJ Quinn, in praise of the Cyngus system.