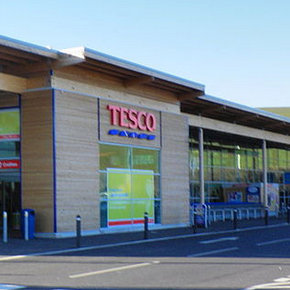 Dave Lewis, Tesco’s Chief executive, has proposed a radical plan to build new homes on top of its stores and car parks and release some of its land bank to generate cash and contribute to solving Britain’s housing crisis.

As the retail landscape has changed drastically with the advent of discount stores like Lidl and Aldi, Tesco is looking again at its vast portfolio of properties around the UK.

With £1billion of land from their portfolio is no longer needed for expansion and could be sold for housing developments.

Tesco have already built homes for its staff to combat the lack of affordable housing in London. For example, a number of flats built alongside their Streatham store in south London were allocated to staff.

Tesco could build hundreds of apartments directly above existing stores across the UK. Selling these so called ‘Air rights’ to developers could raise a further £400m.

Tesco have already identified 15 sites for airspace development, mostly in London. Many of the new homes could be built off-site and then lifted by crane onto the locations to minimise disruption.

It was reported recently that Tesco is just one of a number major retailers discussing opportunities with property developer Apex Airspace, which specialises in building new homes on top of existing buildings.

Below is a video of how these new modular homes could be built and more about airspace development.