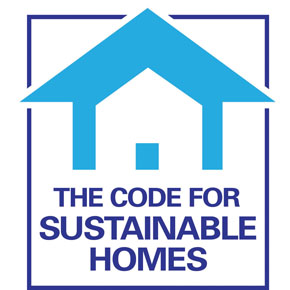 Following the recent government review of housing standards, from which the Code for Sustainable Homes was withdrawn and replaced with a new approach for setting technical standards, the British building industry has been left in a state of flux.

The new national technical standards introduced by the Government aims to rationalise the many differing standards that existed, and thus reduce the red tape that has long been associated with planning and house building.

However, according to the National Policy for the Built Environment Committee, if the Government doesn’t reverse its decision to withdraw the Code for Sustainable Homes and scrap the zero-carbon home requirement, it’s likely to lead to ‘future misery’ for homeowners.

In fact, they have accused some developers of taking advantage of the Government’s current lack lustre attitude towards building quality, sustainable new homes and are currently looking at ways to fast-track the introduction of greener buildings into the UK.

As part of their recommendations, they would like to see local authorities once again being able to build high quality new social housing, which will last the test of time, and thus save money in the long run.

The committee suggest that the National Planning Policy Framework should be reviewed to ensure that developers aren’t compromising on design quality and sustainability, while using financial viability as an excuse for their poor performance. 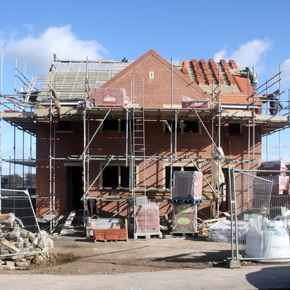 The Committee have stressed the importance of appointing a ‘chief built environment advisor’ to promote higher standards in the built environment, and have also called on the Government to not only reverse its decision to scrap the zero-carbon home requirement, but to introduce a new strategy to retrofit older buildings.

The removal of the zero-carbon homes requirement has been seen as a backward step that is likely to mean that occupants will be locked into higher carbon emissions and thus higher utility bills, for years to come.

Furthermore, Policy Director of the UK Green Building Council, John Alker, believes that the decision to scrap the zero carbon standards has not only made carbon targets more difficult to hit, but has simply disregarded over 10 years of planning and investment from developers, designers and manufacturers.

Whilst we wait for the Government to introduce a new sustainability code, UK solar developers WElink Energy and British Solar Renewables, have agreed to a deal with the China National Building Materials Group to build up to 8000 zero-carbon homes in the UK.

Some of our most respected UK developers, such as Strata Homes Ltd for example, are still making a significant effort to ensure that their homes are energy efficient and sustainable with high energy efficiency ratings.

Other bodies including the BRE, a multi-disciplinary building science centre, has developed its own sustainability standard for new homes which, although entirely voluntary, will enable conscientious developers to differentiate their homes. The Home Quality Mark, as it’s known, encourages developers to build homes that are resilient, offer lower utility and maintenance costs, promote the mental and physical health and wellbeing of the occupants, and use resources efficiently.