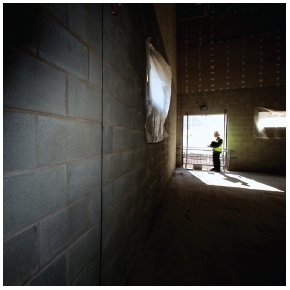 The growing role of masonry blocks in education acoustics

Jeremy Lee, sales director for Building Products, part of Aggregate Industries, discusses the importance of sound insulation in classrooms and its impact on children’s learning in this month’s issue of PSB Magazine…

When we consider a school for our children, the acoustics of the learning environment probably isn’t something that features on the list of things we’re looking for. However, research has shown that British children were found to have their reading level staggered by up to two months for every five decibel rise in the surrounding atmosphere.

Therefore, good sound environments for learning have been rising up the agenda of the education sector for some time.

Learning environments are demanding places, acoustically speaking. They are often home to large groups of children. They may be used for traditional teacher-led classes in the morning and group work in the afternoon, each requiring very different acoustic conditions.

The other equally important factor is how much sound penetrates through the walls in schools. Reducing the noise that can be heard from one classroom to the next is critical to promote concentration, engagement and overall learning.

Since its introduction in 2003, the BB93 guidelines have set the standard for acoustic design and requirements in UK schools, including an updated set of guidelines in 2014 in order to stay up-to-date with the modernisation of schools and the continuing complexity of these spaces.

Of course, also during this time the education sector as a whole has experienced very hard times, including the scrapping of the Building Schools for the Future scheme and widespread public sector budget cuts. This has left designers and contractors with the challenge of managing acoustic requirements, along with the multitude of other design requirements for schools, alongside ever tighter budgets and construction timetables.

The BSFF (Building Schools for the Future) storyboard, alongside the general economic challenges for both construction and the public sector during the recession, provided the backdrop for what has been a growing role for masonry within the acoustics requirement. 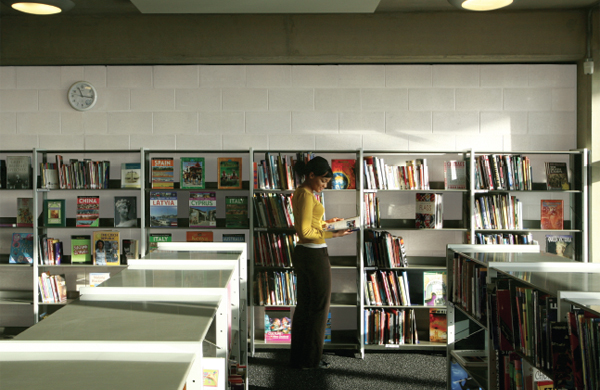 Historically, a common practice for sound reduction has been to wet plaster the walls but, at around £12/m, this has become increasingly cost prohibitive. It is also costly in time with long gestation periods required for drying. As the masonry market has developed, we’ve been able to develop products that offer similar sound reduction performance, without the hassle, cost or time of wet plastering.

There is a common misperception that the density of a masonry block is the most important factor for sound reduction – but this isn’t the case. In practice, air permeability is actually more important in driving sound reduction properties.

Such close-textured blocks are suitable for direct decoration; becomes pretty much airtight after painting and delivering RW values of 45dB for 100m solids blocks and 50dB for 140mm blocks, when painted both sides. Blocks are also incredibly efficient in terms of the construction timetable. With time on site (compared to wet plastering) significantly reduced, contractors are realising the added advantage of a sound reduction block versus wet plastering in terms of hitting their key milestones.

The opportunity presented by these lightweight blocks is also relevant to applications such as doctor’s surgeries, student accommodation and office blocks.

The Holte Visual and Performing Arts College, Lozells Junior and Infant School and Mayfield SEN School were brought together on one integrated campus in Birmingham.

The new site is adjacent to the old one which was demolished once the build was complete. The first part of the development was the new sports hall, which opened in Autumn 2010. The school was designed to attain the highest BREEAM ratings and the school was one of the first developed as part of Birmingham’s Building Schools for the Future programme.

With many different sports areas within it, noise had to be reduced to the absolute minimum. The building also needed to be airtight to dramatically conserve heat and reduce energy consumption in conjunction with current building regulations.

The Masterlite Pro Acoustic block was chosen for this project due to its excellent sound reduction properties that met the requirements of BB93. Low air permeability was also important for the building to meet its designated thermal properties.