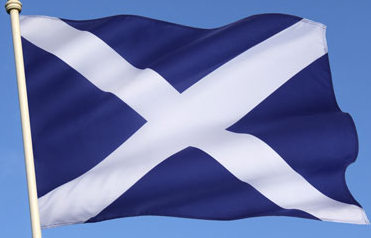 The impact of the Scottish Referendum on the construction industry

Howard Chapman, Buildingtalk Editor, reviews the construction industry response to the Scottish Referendum on Independence and offers his personal view on the vote.

Yesterday 100 Scottish business leaders backed the NO vote, including Sir Fraser Morrison, former Chief Executive at Morrison Construction. The overall message was that there are far too many unanswered questions if independence were to happen.

Nicola Sturgeon, Scotlands deputy first minister, had recently defended the lack of updates from her on construction work flow and projects but did say that the Scottish referendum would not impact construction pipelines.

However, new data from construction intelligence specialists Barbour ABI shows that already andpound;7 billion of planned construction works could be in jeopardy if Scotland votes YES to leave the United Kingdom next Thursday.

New research from construction analysts Glenigan has found a marked drop in the value of private sector projects securing planning approval in Scotland in the run up to the independence referendum. They estimate this means a loss of andpound;234 million of industrial, office and retail projects. The regional picture sees a big decline in Scottish project starts – indicating a wait and see approach ahead of the independence referendum.

According to surveyors and solicitors in Scotland, the housing market is already affected with potential buyers trying to shield themselves from the risk of house prices falling if the answer to the independence question is YES.

The CBI believes that the best way to deliver jobs and prosperity for the people of Scotland is for Scotland to remain in the UK. CBI has produced a range of online materials offering an in-depth review of what the impact might be on the economy and business environment including the construction industry.

One of the most useful and complete Scottish independence referendum reviews I have seen was in last weeks Guardian. You can read an expanded version online via this link to their Guide to the Big Decision.

We have already seen a marked drop in the value of sterling, not least because of uncertainties on currency. Back in February Tom Fitzpatrick from Construction News got straight to the heart of the matter when he said that the fiscal context of the independence debate is crucial to the construction industry.

Markets are already jittery with billions already wiped off value of Scottish businesses as markets balked at any prospect of a YES vote.

The latest from Mark Carney, Governor of the Bank of England was summed up by Ed Conway, the Economics Editor of Sky News and columnist at The Times. If Scotland wants to keep its banks itll have to raise somewhere between andpound;10bn andamp; andpound;100bn in financial reserves – and they wont get that from UK Taxpayers.

So why does Scotland seem to risking all on a break away from the United Kingdom? Anthony Rush, a fellow of the Institute of Directors, who worked for 48 years in the construction industry claimed that a small but influential elitist clique of fewer than 200 senior nationalists are driving the campaign for separation. These are politicos who have the most to gain personally from a YES vote and the least to lose.

Some of us are old enough to remember the last time the SNP changed the course of history when, in 1979, an 11-strong SNP group in the Commons voted with the Tories to bring down a Labour government. The unintended consequence of that was 18 years of Tory rule that the SNP have complained so bitterly about during the referendum.

My final personal observation on the Scottish Referendum is that a YES vote is irrevocable – with the all the risks of unintended consequences. However, a NO vote opens the door for more independence through further planned devolution within the UK – but there is still the opportunity for another generation to call again for a referendum in the future.

Perhaps the next time there will be a little less self-serving political rhetoric and much more carefully thought-through planning. And then the Scottish people will really have a choice.

You can email me your comments to [email protected]