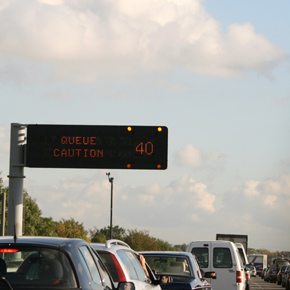 The potential dangers of increased LCV use

As LCV use is expected to double during the next five years, time spent refuelling is becoming a critical issue for operators, according to The Fuelcard People.

Steve Clarke, the company’s group marketing manager, has highlighted an overlooked challenge in the rising use of LCVs:

“Moving the same load in smaller vehicles means more traffic. That is challenging, but is only the tip of the iceberg. There will be a real effect on everyone from greater van traffic.”

The increased use of LCV vans has potential consequences for everyone, warns Steve.

As LCVs become an increasingly popular alternative to trucks, the frequency of refuelling is also set to increase, resulting in higher forecourt demand and queuing.

He continues: “The longer that it takes each driver to complete the process, the worse it becomes. Unless everyone gets in and out quickly, there will be queues before the pumps and bottlenecks rejoining the road.”

He also commented that long lines of vehicles trying to leave a filling station could have safety implications.

“A constant stream of vehicles trying to feed back onto the carriageway means that other drivers have to slow down or move over,” he said.

“This means congestion and, possibly, sudden braking. That is a potential hazard. If vehicles are unable to leave the exit slipway, traffic will back up right through the filling station and cause queues before it. Van users and drivers can hardly be blamed, but we can all expect problems.”

Steve asserts that Fuelcards can offer a solution to the growing problem, as an additional 2.5 million vans are expected to hit UK roads by 2020.

The Fuelcard People provide cards which allow LCV and other commercial road users to refuel at a fixed weekly price, available at thousands of locations throughout the country.

The result is a typical discount of up to 4p per litre on pump prices, with larger savings on the motorways.

The cards can currently be used at BP, Esso, Shell and Texaco petrol stations, on the Diesel Direct and UK Fuels networks and on supermarket forecourts.