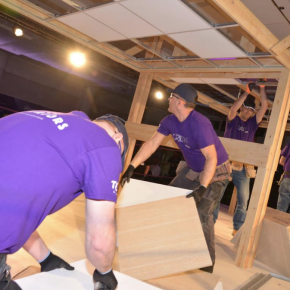 The return of Armstrong’s #GridOff competition

This year’s grid-off competition will take place at Birmingham’s NEC on March 14th, whereby members of Armstrong’s Omega nationwide network of recognised ceiling contractors will face each other against the clock.

Be quick to enter though, as the deadline is 20th February and only the first 20 applications will be accepted.

A luxury Omega Seamaster Planet Ocean watch will head the way of the winner. 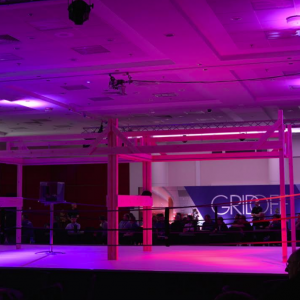 Runners up will bag themselves ringside tickets to the Haye-Bellew re-match bout, with all competitors receiving proactive marketing exposure, including a detailed account of the competition by construction live blogger Su Butcher.

Boxing commentator Steve Bunce will compere the knockout rounds between the first 20 two-person teams to enter the competition, who will compete for a finalists spot, in which they will have a second chance to lower their time installing a typical ceiling grid.

Technical sales manager John Spicer commented: “Now that our Omega members know the stakes, we are sure they will be practising harder than they did last year so we are expecting even more impressive times.”

The registration form for this year’s competition is simpler and, when completed, competitors receive a full brief on what will be involved regarding ceiling rig size, products to be used and time penalties imposed for incorrect or poor installation.