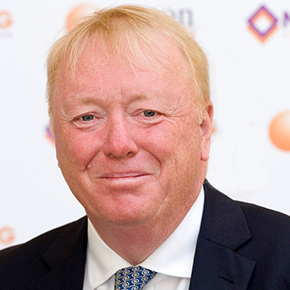 With one less trading day difference taken into account, average sales a day in quarter three this year were nearly 7% ahead of the same time last year.

The largest increases were in the Ironmongery Kitchens & Bathrooms product categories, which both saw rises of 10%.

Year to Date total sales were 4.9% ahead of the same period last year, a further sign that builders’ merchants are continuing to defy trends seen throughout the majority of areas of the retail market. 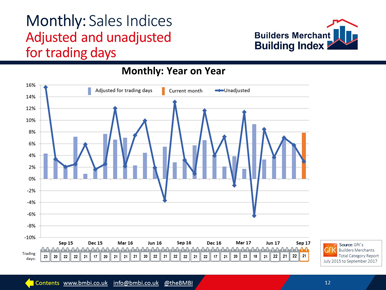 Merchant Development Director Encon Insulation and BMBI’s Expert for Insulation Products – Distribution, Mike Beard (above photo), spoke about these promising figures being even more impressive in light of this time of uncertainty, especially with Brexit.

Mike was also keen to err on the side of caution: “Longer term it may be a different story, as it’s unclear what the impact will be on investment into the UK, on labour and changes in regulation,” he said.

“In the interim, we hope the increasing pressure on Government to build more homes will be reflected in new policies and announcements in the budget will be speedily implemented.

“We also hope product availability shortages and price inflation will ease soon. If they don’t, they will sap future growth.”

Looking more positively, he believes the ‘Government’s Clean Growth Strategy’ is a major development for the insulation market, hoping benefits will be seen for ECO and social housing, private rental and new build sectors.

Talking about the speed of which clean technology is growing and the economic prosperity it could provide, Mike said: “The global transition to a low carbon economy has huge growth opportunities.

“The UK’s low carbon sector already employs over 230,000 people directly, and another 200,000 through supply chains.

“The Committee on Climate Change estimates that the low carbon economy has the potential to grow 11% a year from 2015 through to 2030; four times faster than the rest of the economy.

“So, while the construction industry faces many challenges it’s reassuring to see new initiatives like the Clean Growth Strategy open up new opportunities for our markets.”